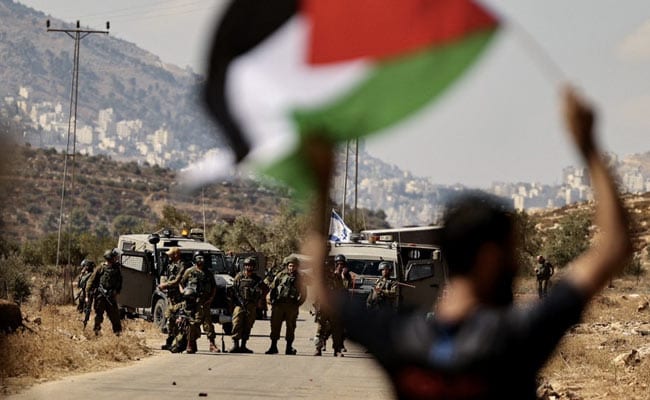 Israel on Friday made public its move to outlaw the six Palestinian civil society groups. (File)

Israel said Saturday the United States had been informed in advance on its decision to designate six Palestinian civil society groups as "terrorist organisations", after criticism from the State Department.

The Israeli defence ministry had on Friday made public its move to effectively outlaw the six prominent Palestinian civil society groups over alleged ties to the Popular Front for the Liberation of Palestine (PFLP), a group blacklisted by several Western governments.

The decision was swiftly condemned by the Palestinian Authority and international human rights groups, with the US saying it would be "engaging our Israeli partners for more information" regarding the basis for these designations.

"The Israeli government did not give us advance warning" that the groups would be designated, State Department spokesman Ned Price said Friday.

But an official in the Israeli defence ministry said Saturday that "officials in the US administration were updated ahead of time," and "some intelligence was shared on the subject."

The official, speaking on condition of anonymity, reiterated the ties between the six groups and the PFLP, including "forging documents for the purpose of raising donations" for the leftist group, which pioneered plane hijackings in the 1970s.

The ministry named the groups as the Union of Palestinian Women's Committees (UPWC), Addameer, Bisan Center for Research and Development, Al-Haq, Defense for Children International - Palestine (DCI-P) and the Union Of Agricultural Work Committees (UAWC).

In May, Israeli officials had informed European donors of their alleged financial misconduct, which took place parallel to their legitimate work, and allegedly saw millions of euros funnelled to PFLP militant activities.

Shawan Jabarin, head of Al-Haq, said the Israeli move was the part of long-term campaign "targeting Palestinian institutions in order to silence and frighten them."

Jabarin claimed Israel couldn't handle the legal challenges Al-Haq posed, and was therefore "challenging us in the field by killing, bombing, lockdowns and destruction."

"We expect the countries that officially support us to take a clear position," he said. "It is time for a serious and strong stand against (Israel), which does not recognise international law and does not abide by humanitarian rules."

The so-called "Palestinian Civil society organisations in Israel" said the move was aimed at "intimidating" donors, claiming "misleading information" was behind the decision.

Meanwhile, in a separate development, some 30 employees of international NGOs, including eight new group heads, were stuck abroad awaiting permits to enter Israel, AFP has learned.

In Slap At China, US Praises South Africa's Detection Of New Covid Strain

"Deafening Cries": Some Dead In US As SUV Plows Into Christmas Parade

Why China's New Missile Test Has Shocked The US