Canada Halts AstraZeneca Shots For Under 55 On Clot Concerns 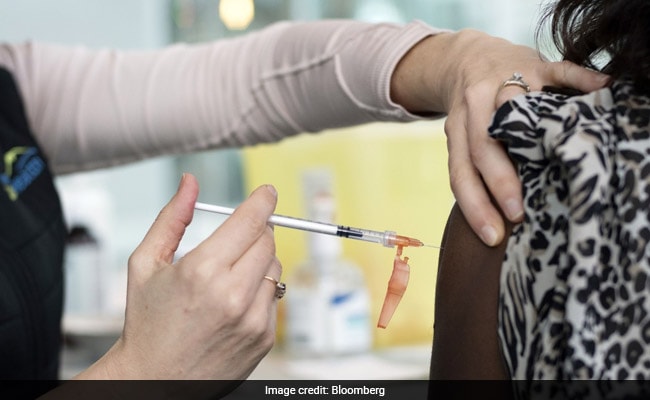 Last week, Denmark extended its suspension of the AstraZeneca vaccine for another three weeks.

Health officials in Canada are suspending plans to give AstraZeneca Plc's Covid-19 vaccine to younger people over concerns it could lead to blood clots in rare circumstances.

Provincial health authorities, including those in Ontario, Quebec, British Columbia and Alberta, halted the AstraZeneca shots after the nation's vaccine advisory committee recommended a pause on administering it to people under 55 years old.

It's another setback for Prime Minister Justin Trudeau's vaccine effort, which is off to the second-slowest start among Group of Seven countries. Canada is due to receive 1.5 million doses of the AstraZeneca shot from the U.S. this week.

Just 1.8% of Canadian residents are fully vaccinated, compared with 15.8% in the U.S., according to Bloomberg's Vaccine Tracker. Most of the vaccines distributed so far have been the Pfizer Inc. or Moderna Inc. shots, which were approved by Canadian health authorities months before the AstraZeneca shot.

The suspension comes as new virus cases are on the rise: Canada reported an average of 4,352 new cases a day over the seven days ended March 28, up 23% from the previous week.

British Columbia, which has kept restaurants open for most of the pandemic, announced Monday it would close indoor dining, worship services and most indoor fitness activities for three weeks. Vail Resorts Inc.'s Whistler Blackcomb ski resort will be shut.

"We need a circuit breaker to stop this virus now," Bonnie Henry, B.C.'s provincial health officer, said at a news conference. The region recorded more than 2,500 new cases over the weekend and new variants are on the rise.

In Toronto, Canada's largest city, officials reported 670 new cases; about a third of them are among those aged 20 to 39, Medical Officer of Health Eileen de Villa said.

News of the change in the vaccine panel's recommendation on AstraZeneca was first reported by the Canadian Broadcasting Corp.

Joss Reimer, head of Manitoba's vaccine task force, said a "rare but very serious side effect" of blood clots was seen mainly among young women in Europe. "Out of an abundance of caution, Manitoba will be recommending that these vaccines only be used in people who are 55 and older at this time," she told reporters Monday in Winnipeg. "This is a pause while we wait for more information."

The move could cast further doubt about the safety of the vaccine after concerns were raised in Europe about potential side effects. Only two weeks ago, Trudeau sought to reassure Canadians the AstraZeneca vaccine was safe for use.

The federal government is responsible for procuring and approving vaccines, while provinces are in charge of administering the shots and setting the rules for vaccine rollout.

"I'll tell you, I won't hesitate to cancel that in half a heartbeat if it's going to put anyone in harm," Ontario Premier Doug Ford said at a news conference in Niagara Falls.

Last week, Denmark extended its suspension of the AstraZeneca vaccine for another three weeks and Sweden has decided to use it only on people older than 65.