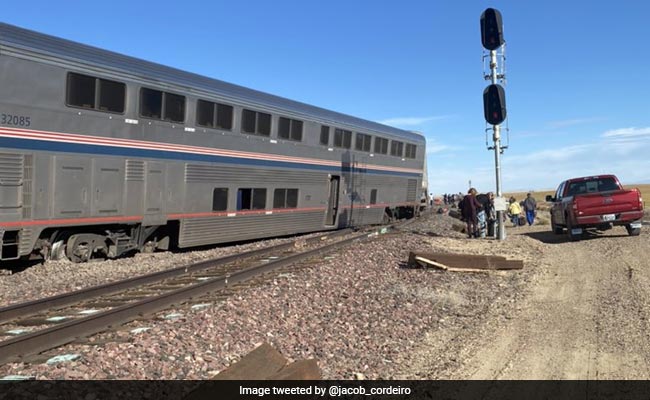 Five of the train's cars derailed near Joplin in northern Montana.

At least three people were killed and multiple others injured when a train derailed Saturday afternoon in the US state of Montana, rail operator Amtrak said.

"We are deeply saddened to learn local authorities are now confirming that three people have lost their lives as a result of this accident," the firm said, adding that there were also "reported injuries" among the passengers and crew on the train.

"Amtrak is working with the local authorities to transport injured passengers, and safely evacuate all other passengers," the firm said in a statement, adding approximately 147 passengers and 13 crew were on board.

Five of the train's cars derailed around 4 pm (2200 GMT) near Joplin in northern Montana, the statement said.

Footage posted on social media showed people waiting by the tracks, luggage strewn next to them, and several train carriages can be seen listing off the rails with at least one toppled onto its side.