The Delhi government''s transport department on Tuesday asked owners of vehicles registered before April 2019 to affix them with high security registration plates and colour-coded stickers, saying a drive will be launched "soon" to check for the violation of the directive. In a public notice, it asked the vehicle owners to get HSRP and stickers "without any delay". Colour-coded stickers are meant for identifying vehicles based on their fuel type, with light blue ones for petrol and CNG, and orange ones for diesel vehicles. They bear details such as the registration number, the registering authority, a laser-branded PIN, and engine and chassis numbers of the vehicle, according to officials.

Vehicles registered before April 1, 2019, will have to get HSRP and colour-coded stickers.

HSRP and colour-coded stickers are mandatory for all vehicles registered in NCT of Delhi and action can be taken against vehicle owners violating the norm under the Motor Vehicles Act, 1988 and the Central Motor Vehicles Rules, 1989, a senior transport department officer said.

The officer said there are almost 30 lakh vehicles that will require HSRP and stickers. Various automakers have appointed an HSRP vendor and bookings can be made online. Around 236 dealers will be providing HSRP and stickers, he said.

"We will start the enforcement drive only after giving reasonable time to the general public for getting HSRP and colour-coded stickers for their vehicles," he added.

The officer said vehicle owners should get HSRP affixed through vendors of original equipment makers as they are not available in the open market, except at vehicle dealers. 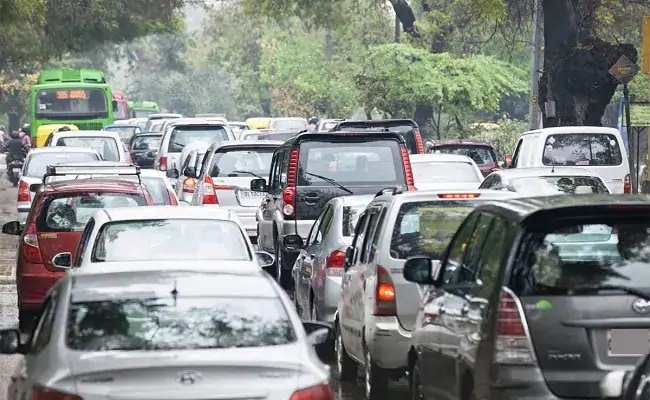 Last year, the Supreme Court-appointed Environment Pollution Control Authority (EPCA) had directed that all vehicles in Delhi-NCR should have HSRP and colour-coded stickers by October.

However, the order could not be implemented due to various reasons, including the unavailability of HSRP, the officials said.

The Delhi BJP urged the Lt Governor to direct the transport department to withdraw its notice in view of the COVID-19 pandemic. Party spokesperson Praveen Shankar Kapoor said the exercise can be postponed till the time COVID-19 incidence subsides completely.

The transport department, in another order issued on Tuesday, extended up to September 30 the validity of CNG leakage test certificates which expired between February 1 and June 30 this year.  The order was issued in view of difficulties faced by people in the renewal of their documents due to the COVID-19 situation.