"100 At The Mecca Of Cricket": Suniel Shetty's Shout Out To KL Rahul

KL Rahul celebrating his century at Lord's on Thursday

"100 at the Mecca of cricket!" wrote Suniel Shetty in his shout out for Indian opener KL Rahul, whose century at the Day 1 of the second Test against England at Lord's put India on top against England. This was KL Rahul's second hundred in England and first at Lord's - the "Mecca of cricket", as Suniel Shetty said - as he got his name on the Lord's Honours Board. For the uninitiated, KL Rahul is dating Suniel Shetty's daughter, actress Athiya Shetty and that's what makes Suniel Shetty's appreciation post all the more special. Adorably referring to KL Rahul as "Baba," Suniel Shetty added: "Congratulations and god bless baba. PS - thank you for my b'day gift!" Suniel Shetty celebrated his 60th birthday on August 11. KL Rahul's century placed India on 276-3 at stumps on Thursday's match. Needless to say, the Internet loved Suniel Shetty's shout out for KL Rahul and so did Anil Kapoor and other celebs.

Meanwhile, a boyfriend appreciation post also arrived from Athiya Shetty in the form of a subtle message. She simply added the red heart icon to her Instagram story, tagging KL Rahul: 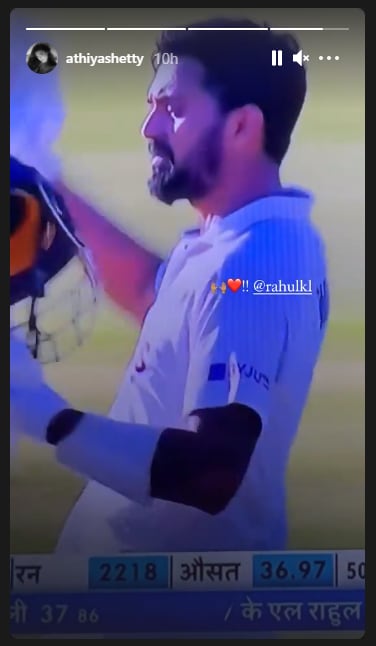 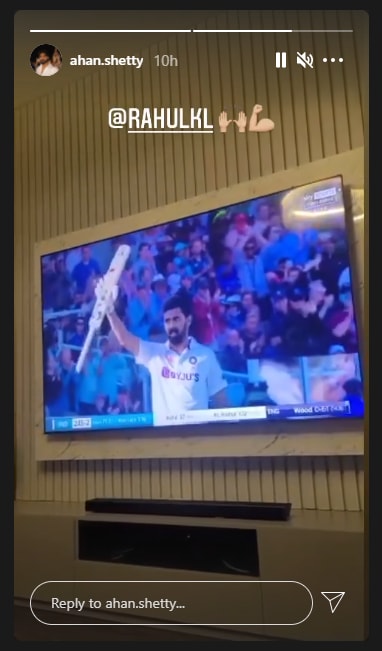 Athiya Shetty was KL Rahul's constant plus-one on India's tour of England. In an Instagram post on August 1, she wrote: "Hate goodbyes," hinting that she may be checking out of England. During her stay in England, Athiya Shetty and KL Rahul had the best time ever, glimpses of which are all over Instagram:

In 2019, Athiya Shetty and KL Rahul began featuring in headlines for their speculated dating life with reports stating that the duo apparently began seeing each other since February of that year. Earlier this year, they featured in an advert together for a luxury eyewear brand, which too received a massive shout out from Suniel Shetty.

When Raveena Tandon Gifted Herself A Sports Car At 18