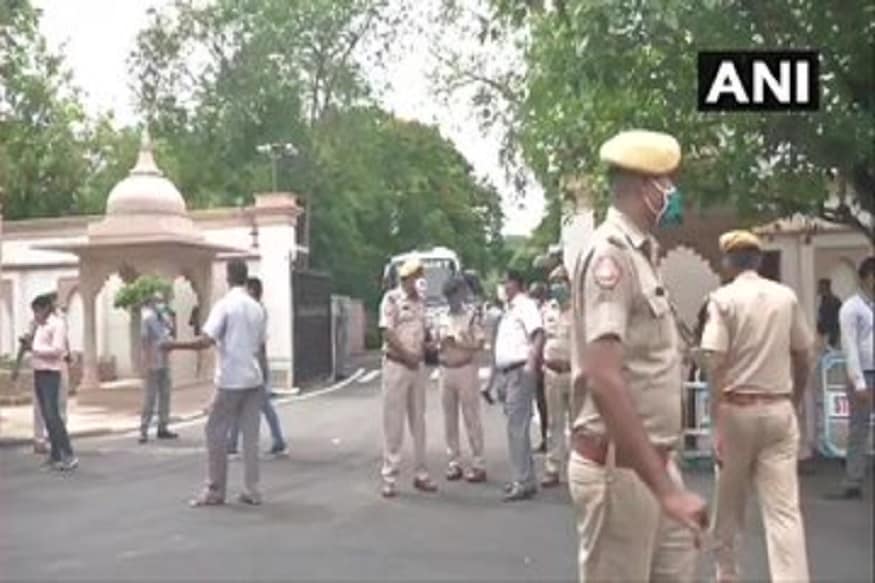 Amid a tussle for power between Rajasthan Chief Minister Ashok Gehlot and his deputy Sachin Pilot, the Rajasthan Congress Legislature Party on Monday passed a resolution supporting the Gehlot-led government in the state.

It also recommended strong disciplinary action against any Congress MLA and office-bearer who "weakens" the party. The resolution expressed confidence in the leadership of national party president Sonia Gandhi and Rahul Gandhi.

In a show of strength for Gehlot, as many as 102 Congress MLAs attended the meeting held at the CM's official residence following which they were shifted to a hotel.

Some weeks ago, ahead of the Rajya Sabha polls, the Congress had shifted its MLAs to a resort for about a week to ensure that they were not "lured" away before the voting.

"All is well," minister Mamta Bhupesh said before boarding one of the buses that left from Gehlot's resident. The chief minister also boarded one of the buses. The legislators were sent to the Fairmont Hotel on the Delhi-Jaipur highway

The resolution passed at the two-hour meeting further said that "if any of the Congress office-bearers or member of the CLP directly or indirectly performs acts against the government and party or is involved in such a conspiracy, then strong disciplinary action be taken against him".

The party also passed resolution against the BJP on Monday after the CLP meeting and said that it strongly condemns "attempts to kill democracy".