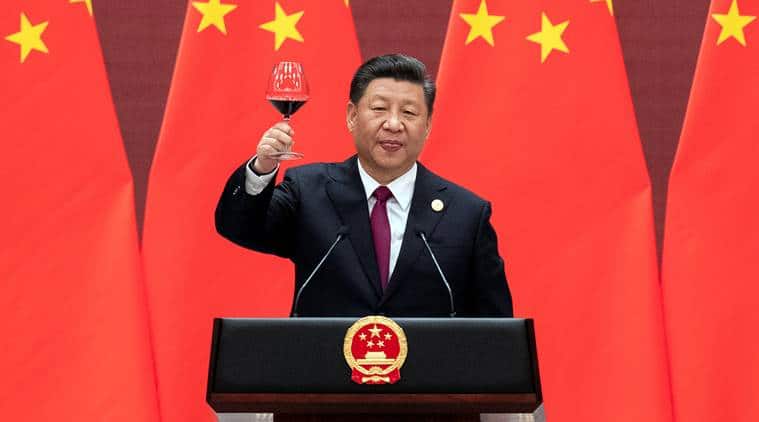 When the English Ambassador George McCartney went to Beijing in 1793 to pay respect to the Chinese Emperor, he was at pains to deny that he had ‘kowtowed’. He had gone because Great Britain had a trade deficit with China. The British wanted Chinese tea but had nothing to offer in return . The Chinese did not fancy English woollens.

But parts of India had come under British control and soon Indian opium was going to China to pay for tea. When the Chinese wanted to ban opium imports, the British launched the Opium Wars. After 1840, China had to give way to western powers.

Asia, especially Iran, India and China, had been the dominant rich economies till 1750. After the naval adventures of Columbus and Vasco da Gama, the Europeans first concentrated on American continent. But then, half a millennium later, it was Asia’s turn. The European World Order was constructed in 1815 after the Battle of Waterloo. First Britain and then America ruled the world. The Anglo American consortium won the battle for European hegemony in two World Wars and then the Cold War by 1991.

It has been said for sometime that the twenty-first century will be Asia’s, but no one knew which Asia. In Europe, it was Western Europe plus North America. Now it is quite clear that it is East Asia and more particularly China which will denote Asia.

China has been preparing for this moment for decades. Mao wasted 30 years after the Revolution in his fantasy economic experiments costing 30 to 40 million lives. But then came Deng Xiaoping. Indeed he was always there biding his time. Even now the Chinese worship Mao not Deng. Deng did not seek permanent office. After retirement, he continued to work as Secretary of the Bridge Club of senior comrades in the Zhongnanhai. He abandoned his core beliefs in socialist economics and transformed China by a singular application of the Capitalist model adapted to China. China’s transformation within the 30 years following 1978 has been the fastest of any economy anywhere. Deng has to be one of the Greats of the Twentieth Century.

More than the economy was his subtle way with foreign policy. He signed the UK-China Treaty on Hong Kong playing a softly softly strategy, agreeing to One Country Two Systems. He had learnt from Chinese history that as England had done in McCartney’s days, pretend to bow while waiting for your turn to strike. The British fell for it. Of course, they already knew that they were no longer the top power but just a client of the US.

Xi Jinping has now followed Deng’s rulebook. He has unilaterally broken the Treaty. The Hong Kong Treaty was like Article 370. It was designed for international display. Now that the time has come, China has torn it up. The timing is important not just because China is more powerful. The Western Alliance has fallen apart. The battle for European hegemony was over in 1991, with the collapse of the USSR. Trump has shown that America is no longer interested. The UK has Brexited. Xi knows that the US will not fight the UK’s battles, nor will the UK, whatever protest it mounts.

The Asian Era is here, like it or not.