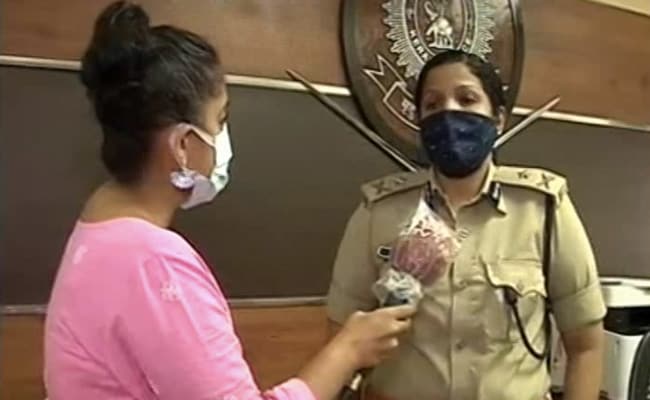 Extremely unfortunate that young girls are not able to take a stand, said Inspector General.

A week after the alleged "dowry death" of 24-year-old Vismaya sparked outrage in Kerala, police have received the autopsy report, and are looking at the medical evidence crucial in determining whether she died of murder or by suicide.

Her 30-year-old husband, Kiran Kumar S, has been arrested. He was also suspended from government service.

"But what's important is that this is being probed as a 'dowry death', which involves punishment upto imprisonment for life. Death by suicide or murder does not change the quantum of punishment. We have received the autopsy report, taken a detailed statement of the doctor and are looking at other medical evidence as well. We have strong evidence in this case," Inspector General Harshita Attaluri told.

Vismaya's family has alleged she was murdered. "My sister was a junior under officer for NCC in school. She represented the district at state-level competitions. We educated her well. She was studying to be a doctor. She couldn't have died by suicide," Vijith Nair, her 27-year-old elder brother, told.

Vismaya was buried 600 metres away from her home. But her father, Thrivikraman Nair, who for years worked as a supervisor at a supermarket in Saudi Arabia, couldn't bear to see the dead body or the last rites.

The family has said that they stopped Vismaya from returning to her husband after several instances of domestic violence. In August, Vismaya had sent her bruised, battered pictures to Dr Revathy, her sister-in-law.  "My father went and spoke to Kiran Kumar and his parents. His parents claimed they did not know of these instances and that they would look into it. But when she was beaten in front of us, we refused to send her back. Kiran picked her up directly from college on his birthday and she went without asking us", Vijith Nair said.

The family claims Vismaya believed that she could change her husband and never wanted any case against him.

"It is extremely unfortunate that young girls are not able to take a stand or ask help when they need it. 90% of domestic violence survivors who come to us, don't want to file cases. They just want the assaulters to be warned. Young girls must know, when they have been assaulted, the line has been crossed. Respect yourself, your bodies", Harshita Attaluri told.

Days before her death, Dr Revathy says, Vismaya texted her friends about domestic abuse. "But she never told us, she returned to her husband's house without telling us. She was not allowed to call her father and brother, but she used to call her mother and never said about the violence."

Vismaya's family had "gifted" 800 grams of gold, over an acre of land, and a car worth Rs 11 lakhs during the wedding.

"The car became the biggest issue. After 6 months, Kiran wanted a new car or 10 lakh rupees. Even before marriage, they didn't ask for dowry, but they wanted to know what I am gifting my daughter.", Vismaya's father, Thrivikraman Nair told.

"I should have understood then and called off this wedding. But I didn't. That was our mistake", Mr Thrivikraman Nair said, breaking down in a corner of the house.

"Asking for dowry is wrong, women should take a stand, and should start saying no to the gifts when their parents are willing to give for the wedding. They are educated, why do they need these gifts? Why allow parents to gift anything", Harshita Attaluri told.