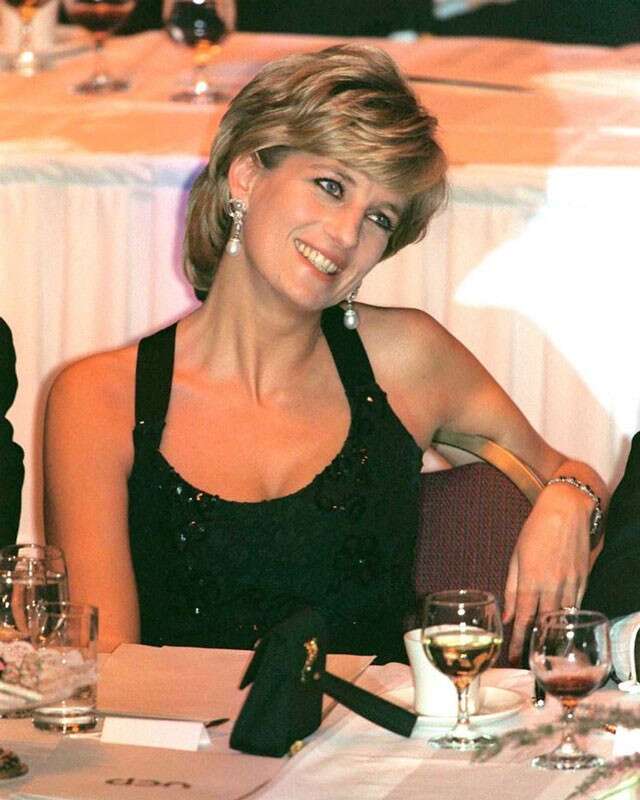 Writing about Lady Diana is like trying to avoid a landmine of clichés. What hasn’t been said about her style, grace, activism and charm that hasn’t already been put on paper?Lady Diana was also an activist who brought about important change in the world. She changed the world’s perception of HIV and AIDS, raised awareness of leprosy, she supported the arts and inspired others to be more charitable.

Along with being an activist, he Princess of Wales, dubbed the ‘People’s Princess’ was the style icon of the 80s and the 90s. Her wardrobe staples include biker shorts, sweatshirts and effortlessly chic pieces that are comfortable yet fashionable. When it came to red carpet and her royal duties, Princess Di had a wide collection of dresses and co-ord sets to kill for.

I don't go by the rule book... I lead from the heart, not the head.- Princess Diana.

It’s no doubt that her style was iconic and timeless. Here are 5 pieces from her wardrobe that we want to incorporate into ours. Princess Di was often spotted in biker shorts. She frequently paired them with oversized sweatshirts, large handbags, chunky trainers and a trusty pair of sunglasses. Before this look became the Model-Off Duty look, sported by the likes of Gigi Hadid and Kendall Jenner this was Lady Diana’s Princess-Off-Duty look. 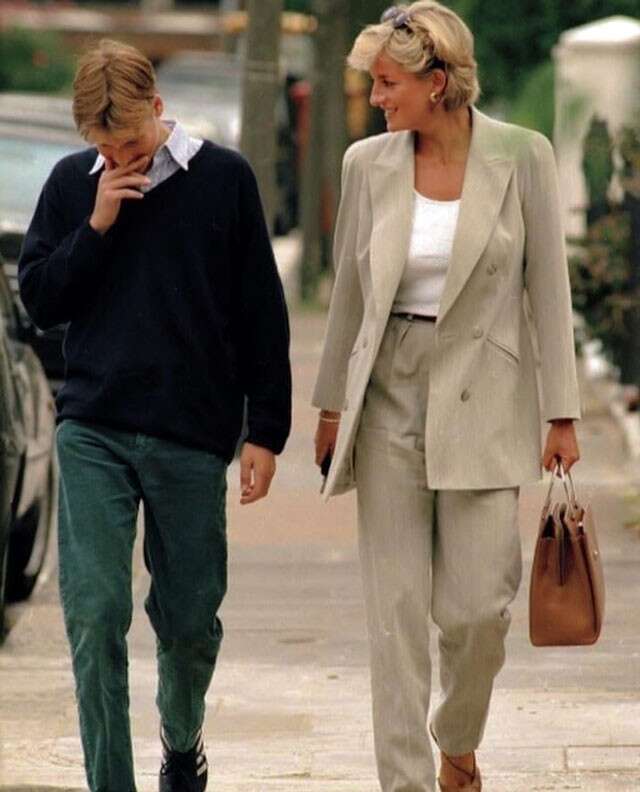 Lady Di didn’t shy away from suits. She was often spotted in oversized blazers and co-ord pieces. The outfit in question is a simple yet chic look wherein Diana wore a pantsuit with a white top underneath. She was photographed walking with Prince William for the last time before her untimely death. 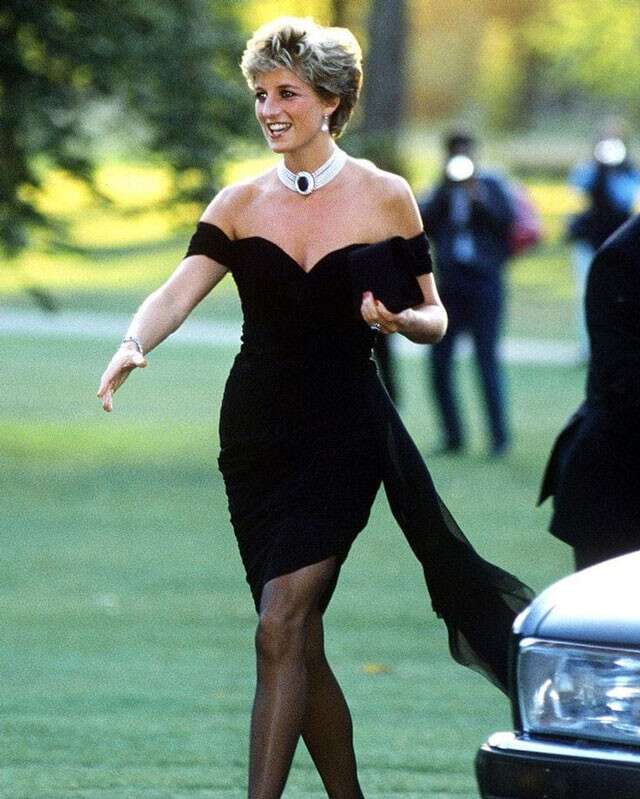 Every woman needs a little black dress, especially to show someone what they’re missing. Diana knew the power that a classic LBD held. She wore a black off- the-shoulder mini dress to a party. The dress had been made for Diana three years prior to her actually making an appearance in it. This was because the princess was nervous because the dress was considered too “daring”. 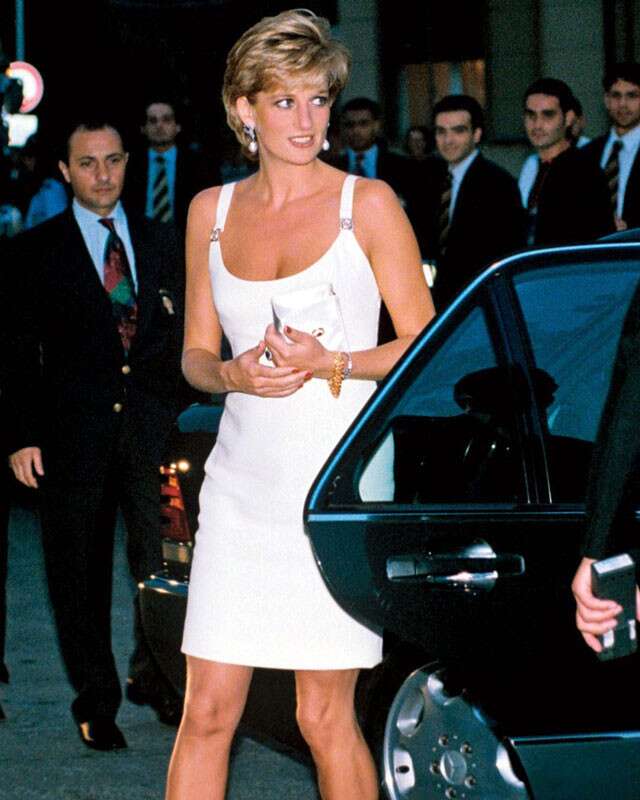 The princess was no stranger to paparazzi. To protect herself from any unfortunate slip ups and possible close-up images she used a trusted clutch to cover herself. Diana named the bag ‘cleavage bag’. She carried clutches often even if her dress was slip-proof. After all, being the most photographed woman of her time was no easy feat. 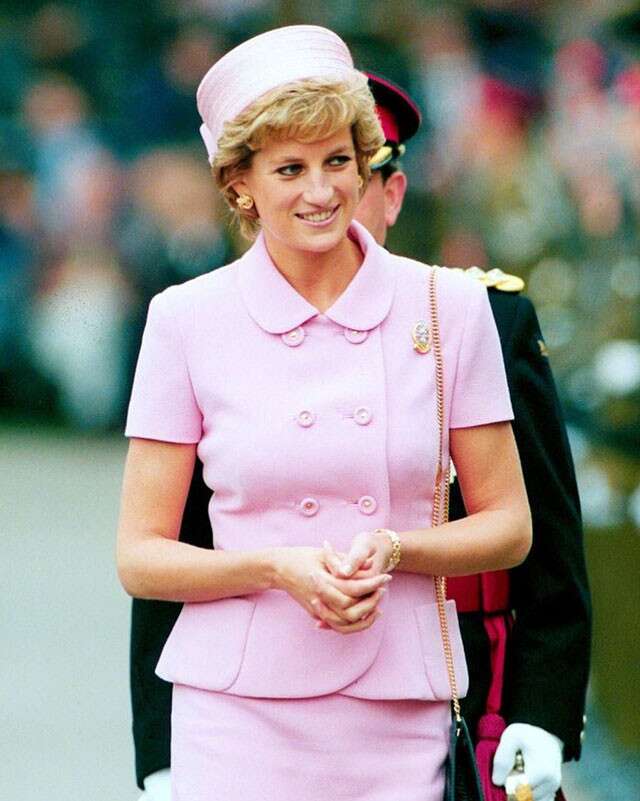 Diana proved time after that time that a skirt suit is a perfect choice for any woman and is timeless. From fuchsia to bubble-gum pink, Princess Diana loved wearing all shades of pink but this blush skirt suit is the perfect shade on her. This skirt suit is giving us major Jackie Kennedy vibes. She paired the suit with a matching hat and a brooch which made her outfit stand out even more so.

Here Are The Real Reasons You're Lonely In Your Relationship

Are You A Hopeless Romantic? And Is That A Problem?

And Just Like That, The Lehenga Has Made Its Way To Carrie Bradshaw

Confused If He Truly Loves You? Here Are 4 Undeniable Signs That He Does!

Saved By The Smartphone: Bullet Bounces Off Motorola With Hulk Cover

Mohey's Wedding Collection Sets The Tone For The Bridal Season

In 2003 Dishonour Killing, Woman's Brother Gets Death, Life-Term For 12