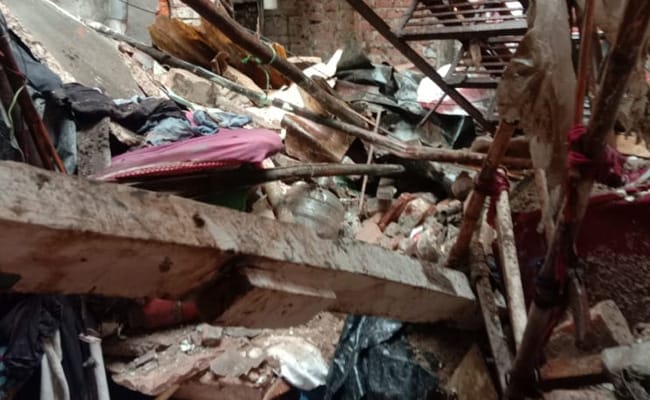 According to the fire department, a call about the house collapse was received at 4.45 pm.

A 40-year-old woman died and her daughter was injured on Thursday after the roof of their shanty collapsed due to heavy rains in southeast Delhi's Govindpuri area, the officials said.

According to the fire department, a call about the house collapse was received at 4.45 pm and three fire tenders were rushed to the spot.

"Two women got trapped under debris. One of them suffered head injury and the other fell unconscious. Both of them were rushed to AIIMS Trauma Centre for treatment," said Atul Garg, Director, Delhi Fire Service.

Police said the roof of the first floor of the ''jhuggi'' in Navjeevan Camp collapsed due to heavy rains on Thursday evening.

Deputy Commissioner of Police (Southeast) RP Meena said Pooja (24), who got trapped under the debris and suffered minor injuries, was rescued by local residents while her mother, Urmila, was pulled out with the help of fire brigade in an unconscious state.

Both were taken by a CATS ambulance to the hospital, where Urmila was declared brought dead, he said.