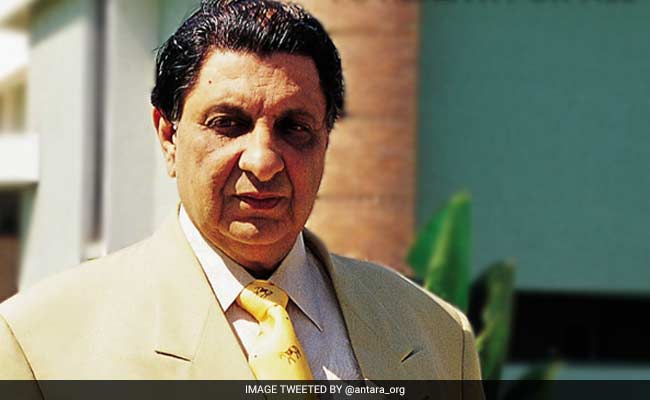 Cyrus Poonawalla, chairman of the Serum Institute of India (SII), on Friday termed the ban on COVID-19 vaccine exports imposed by the Union government a "very bad move", saying it put his company, the world's largest vaccine-maker, in a difficult situation.

He also said that his son Adar Poonawalla, the chief executive of the SII which makes the Covishield vaccine, had asked him not to speak about the issue.

"It is a very bad move by the Modi government. My son asked me not to open my mouth. But it is my view that exports ought to be opened," Mr Poonawalla said.

He was speaking to reporters after receiving the prestigious Lokmanya Tilak Award.

Over 150 countries are dependent on the SII for vaccines and are blaming the company for stopping the supply during a crucial period, he said.

These countries have paid "crores" in advance to the company, Cyrus Poonawalla said, adding that the Bill and Melinda Gates Foundation and World Health Organisation (WHO) have also given it Rs 5,000 crore.

He had offered to return the money to the Gates Foundation and WHO, he said, but hinted that they declined his offer in the hope that the government will lift the ban on exports soon.

India banned vaccine exports in April when the second wave of the pandemic began to peak and the need to vaccinate people in the country at a greater pace was felt acutely.

The move led to concerns being expressed from various quarters as the Pune-based SII is one of the biggest suppliers globally and had taken advance orders.

About a shortage of vaccines in Pune itself, Mr Poonawalla again voiced disappointment with the Union government.

"We told them (the government) that data says that the infections are highest in Pune and requested them to release more (vaccines) for Pune... but the Modi government is unwilling to even reply. The government says it will do what it feels," he said.