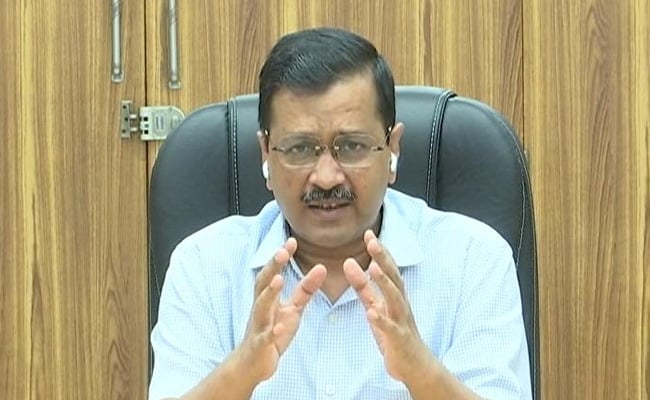 Delhi Chief Minister Arvind Kejriwal has sent out an SOS to all chief ministers amid a crippling shortage of medical oxygen triggered by the massive coronavirus surge. He said he was writing to his counterparts seeking help to resolve the crisis by diverting spare oxygen to the national capital.

"I am writing to all CMs requesting them to provide oxygen to Delhi, if they have spare. Though the Central govt. is also helping us, the severity of corona is such that all available resources are proving inadequate," he tweeted.

I am writing to all CMs requesting them to provide oxygen to Delhi, if they have spare. Though Central govt. is also helping us, the severity of corona is such that all available resources are proving inadequate.

Delhi, currently the worst-hit city, has been reporting over 20,000 daily Covid cases for the last few days. On Friday, it recorded the highest-ever 348 deaths in a day.

Delhi's over 90,000 active cases are exerting tremendous pressure on its health infrastructure. Acute shortages of medical oxygen, medicines and intensive care beds have been reported in the city.

"I would be grateful if you could provide us with any oxygen, along with tankers, from your state or any organization in your state. Kindly treat this as an SOS," Mr Kejriwal wrote in the letter.

Calling for a united front against the pandemic, Mr Kejriwal said the virus didn't recognise borders.

"We must also move beyond them and work together. We need to show the world what good and efficient governance looks like," he added.

A hospital in Delhi today witnessed 25 deaths within a few hours because of the shortage of oxygen.

"We had been allotted 3.5 metric tonnes of oxygen from the government. The supply was to reach us by 5 in the evening, but it reached around midnight. By then, 25 patients had died," Dr DK Baluja, Medical Director at Jaipur Golden Hospital, told.

The centre had last week increased Delhi's oxygen quota to 480 metric tonnes. The Delhi government today told the High Court that the medical system in the national capital would collapse if it didn't receive the promised amount of the live-saving gas.

Earlier this week, the court had asked the centre to provide the required amount of oxygen to Delhi. "Beg, borrow or steal," the judges had said, warning that "all hell would break loose" if hospitals ran out of oxygen.

In a meeting of chief ministers with Prime Minister Narendra Modi on Friday, Mr Kejriwal had warned that a "big tragedy" could happen because of the oxygen shortage. He had also said that some states were stopping tankers carrying oxygen to Delhi.PM Modi later appealed to all states to fight the pandemic together. He also said no states should stop oxygen supply meant for other states.