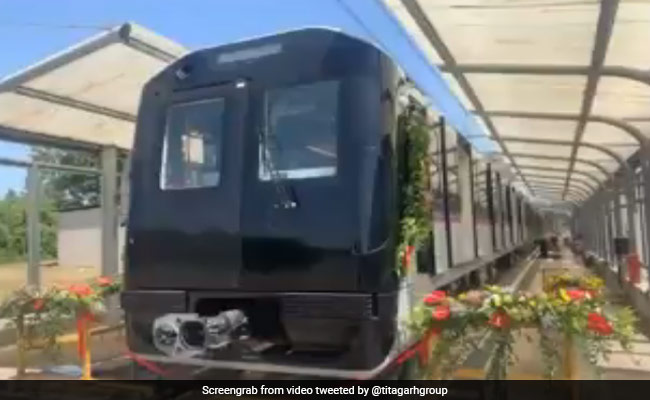 The first wave Covid-19 pandemic had delayed the rollout of the train.

Titagarh Wagons Ltd on Saturday said its plant in Italy has rolled out the first train for Pune Metro coach, out of the 34 trains.

Titagarh Firema SpA, a wholly-owned subsidiary of city-based Titagarh Wagons, had in August 2019 won a Rs 1,100 crore international bid to supply Pune Metro as many as 102 ultra-modern aluminium-bodied coaches. Each train will comprise three coaches.

The first prototype of it was rolled out at a virtual ceremony in presence of Ambassador of India to Italy, Neena Malhotra, Ambassador of Italy to India, Vincenzo de Luca, Maharashtra Metro Cooperation Managing Director Brijesh Dixit and others, the company said.

Three of the 34 trains will be manufactured in Italy and the rest in India. Titagarh Wagons has modernised its plant in Kolkata to produce those 31 trains.

The first wave Covid-19 pandemic had delayed the rollout of the train.