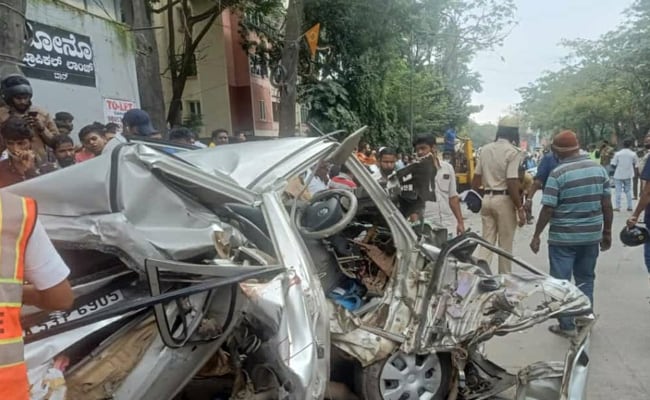 Bengaluru accident: The driver of the Mercedes is under treatment at a private hospital.

A speeding Mercedes car on Tuesday evening crashed into a number of vehicles, killing one and injuring two others

Seven vehicles suffered damages in the accident as the driver of the Mercedes attempted to flee the spot after initially hitting a two-wheeler in the city's Indira Nagar area, police said. 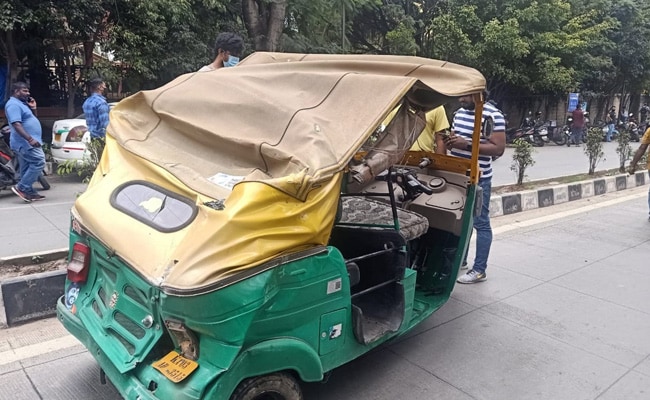 The Mercedes Benz first hit a bike and, in an attempt to flee, it hit a parked Maruti Alto car, killing its driver on the spot, DCP, Traffic (East Zone) Shant Raju told. 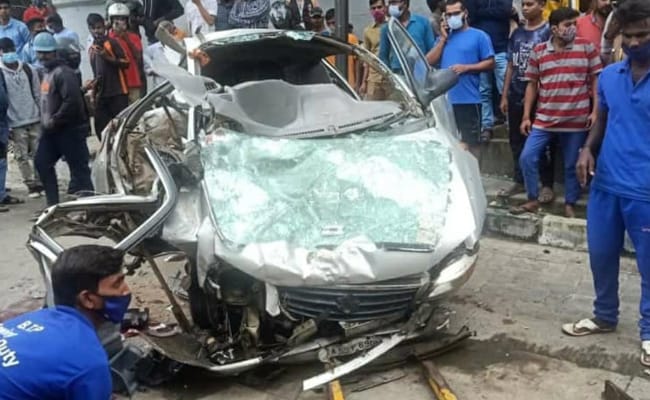 The car tossed over and hit a couple of other vehicles, and a total of seven vehicles, including two cars, two autos, two tempos and a two-wheeler, were damaged in the accident apart from the Mercedes.

The driver of the Mercedes is under treatment at a private hospital.