On CCTV, Couple Hit By Speeding Car Dead After Falling From Flyover 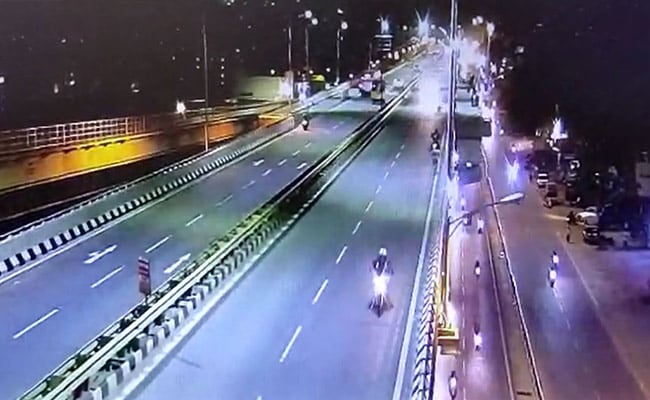 The car it seems tried to overtake another car and hit the bike riders at a raging speed.

In a chilling rash driving accident on Tuesday night, caught on camera, a speeding car hit a couple on a two-wheeler in the middle of the Electronic City flyover in Bangalore, leading to their death on the spot.

The couple, hailing from Tamil Nadu, had stopped their two-wheeler on a layby on the flyover when a speeding Maruti Baleno hit them from behind, tossing them out in the air. They fell approximately 30 feet down on the road beneath the flyover.

In a CCTV video of the accident, several vehicles are seen slowing down as they look at the couple's dramatic fall from the flyover.

The car it seems tried to overtake another car when the driver lost control and hit the bike riders at a raging speed.

The car, which has been seized, was being driven by a young man in his early twenties who has been admitted to a hospital and is currently recovering.

This is a second fatal accident in within a month.

On 31st August in Koremangla in Bangalore an over speeding car lost balance and rammed into a pavement and had crashed into a bank building, killing six on the spot and the seventh had died a little before reaching the hospital. One among the dead was Hossur MLA's son.