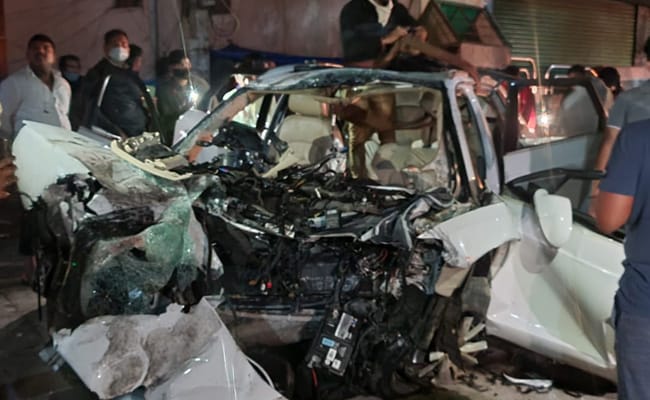 A speeding Audi car crashed into a tree in Bengaluru on Tuesday.

An Audi car with a VIP number drove around Bengaluru late last night with seven young people inside, none wearing seatbelts.

Around 2.30 am, the Audi Q3 went over a footpath and crashed into a building, killing all seven, including the son of a Tamil Nadu MLA. The driver lost control of the speeding car, according to the police.

A CCTV clip from Koramangala shows the moment the car crashed, a wheel flying off. After hitting a pole at a great speed, the car went over a footpath and smashed into the building. 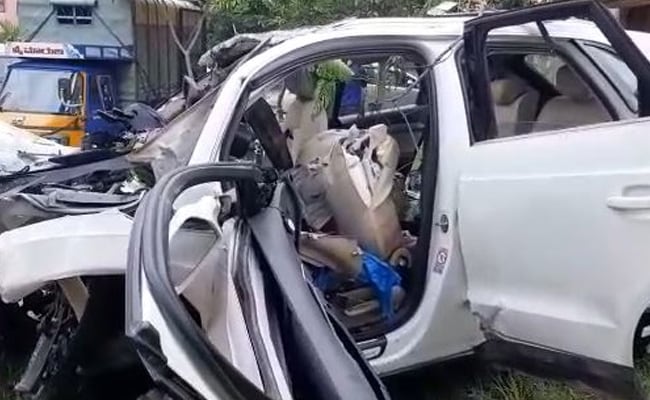 Six people, including three women, died on the spot, the seventh died in the hospital.

DMK MLA Y Prakash's son Karuna Sagar was in the group. All were in their twenties, enjoying a late night joyride.

The car was completely wrecked, its front reduced to a mangled mass of metal.

Yet Another Bengaluru Building Tilts, Evacuated, Then Demolished