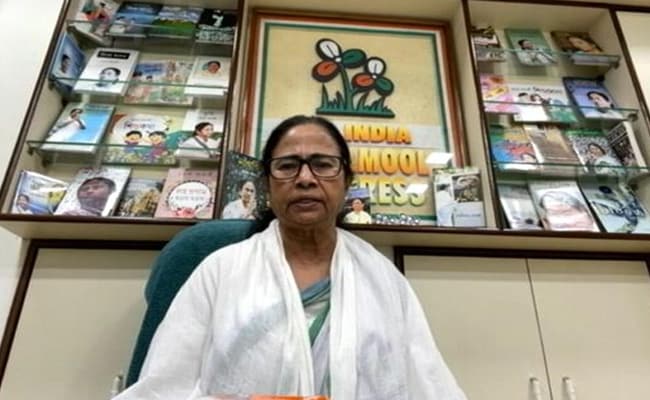 Mamata Banerjee accused the BJP of trying to create trouble in areas where they have won.

The Bengal election results have proved that the BJP can be defeated and people have shown the way, Mamata Banerjee said today on her remarkable victory. "They need political oxygen now," she told in an exclusive interview.

"The BJP can be defeated. At the end of the day it is a democracy and it is the people's choice that matters. People have shown the way. In a democracy you should not show audacity or ego," she said.

"The BJP is a communal party, they are trouble-mongers, they use fake videos, they misuse their powers, they misuse agencies; they want to demolish federalism, bulldoze the federal character of the country."

She continued: "They are not allowing universal vaccination. They are not giving oxygen. They need political oxygen."

People must come together to fight the BJP, she said.

But the firebrand politician, set for her third term as Bengal Chief Minister, was cautious on the possibility of emerging as the opposition's candidate to take on Prime Minister Narendra Modi in 2024.

On the post-poll violence in parts of the state, Mamata Banerjee accused the BJP of trying to create trouble in areas where they have won.

"This is BJP's propaganda. Some sporadic incidents are there, but it happens in every state. I am not justifying violence. BJP is trying to create communal clash, because of their shameful defeat," she said, insisting that she had been telling her supporters to stay indoors and not celebrate at all.

"They have lost their credibility. Till now even law and order was being handled by the Central forces, not by me. So, this is their doing, they are to blame for spoiling the situation if this is true."

She accused the party of trying to create a communal divide.

Asked whether she would share credit with anyone for her smashing poll victory, Ms Banerjee sidestepped a question on poll strategist Prashant Kishor, who crafted the Trinamool's campaign.

"I share this victory with the people. It is their victory and I dedicate it to them."

She shared that she would take more time to recover fully from the leg injury she suffered on March 10 in Nandigram. It was only on Sunday, after her win, that Ms Banerjee emerged without a wheelchair for the first time in two months.

At her fittest, the two-time Chief Minister has been seen on the treadmill in her office while talking to officers or reporters.