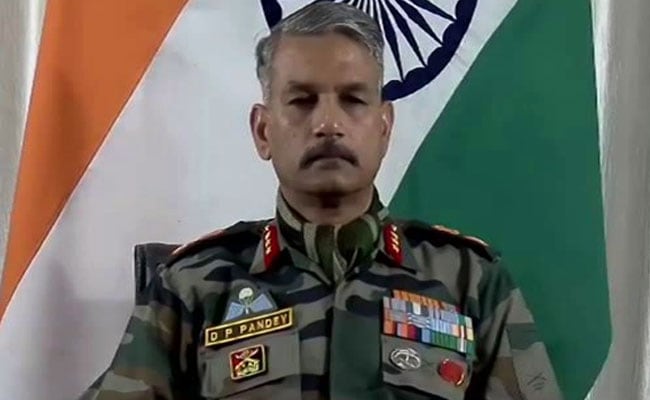 Addressing the media in Srinagar, General Pandey said, "The importance of killing Saifulla alias Lambu is two-fold. It brings closure to February 2019 Pulwama incident. He was one of the masterminds for having trained a local, Adil, who blew himself up in an IED attack."

On February 14, 2019, a terror attack was carried out in Pulwama in Jammu and Kashmir by a suicide bomber, resulting in the death of 40 CRPF personnel. The suicide bomber, identified as Jaish-e-Mohammad's Adil Ahmed Dar, rammed his vehicle into a bus with the CRPF convoy.

"Ever since he had been responsible to train people in making IEDs and deploying IEDs against security forces. He has also been responsible to recruit young locals by brainwashing them, carrying out selective identification, and radicalising them and giving them weapons," he added.

Earlier today, security forces gunned down two terrorists during an encounter at Hangalmarg in the Dachigam forest area and recovered AK and M4 rifles from their possession, police said.

In view of the encounter, Inspector General of Police Kashmir, Vijay Kumar informed that seven out of the 19 accused terrorists of the Pulwama attack have been killed, seven others have been arrested, five are still on a run.