"If Nitish Kumar Government Had Not Acted Fast...": PM On Covid In Bihar 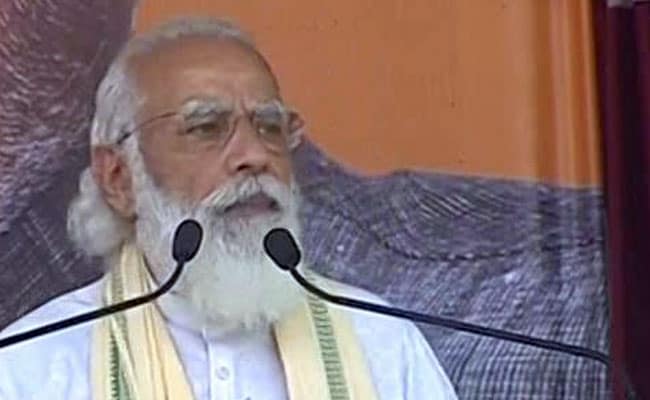 Prime Minister Narendra Modi, addressing his first rally in Bihar for the election starting next week, said if Bihar's Nitish Kumar government had not acted fast, there would have been many more coronavirus deaths and "unimaginable mayhem".

"If Bihar had not acted fast, the pandemic would have killed many, many more. It would have been unimaginable mayhem. But today Bihar, having battled Covid, is now celebrating the festival of democracy," he said at a joint rally in Sasaram with Chief Minister Nitish Kumar.

"Where the money meant for the poor went into corruption, this government was able to organize free food for families in the middle of the pandemic," the Prime Minister said, attempting to tackle criticism of the Nitish Kumar government's handling of the virus and migrant crisis.

Switching to the local dialect, PM Modi said the people of Bihar had been always ahead when it came to the country's safety and security. He referred to the Galwan Valley clash with China and the Pulwama terror attack last year.

"In Galwan Valley, jawans from Bihar died for the country. Even in Pulwama, sons of Bihar lost their lives, we bow to them," he said.

The Prime Minister began his campaign in Bihar by paying tribute to Ram Vilas Paswan and Raghuvansh Prasad Singh, two senior politicians of the state who died recently.