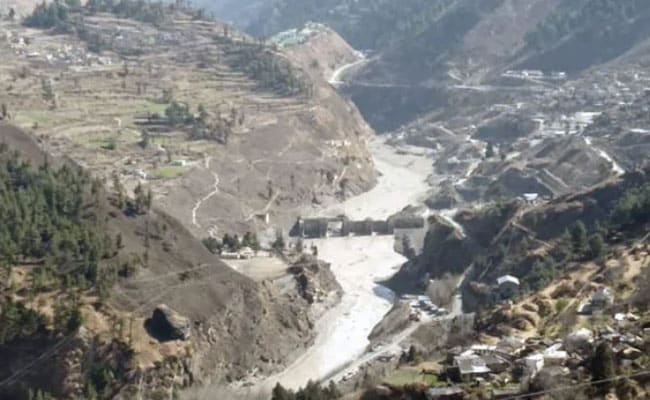 The incident in Uttarakhand happened Sunday morning when a glacier burst in the Tapovan area.

A glacier break in Uttarakhand's Chamoli district triggered huge flooding on Sunday followed by the evacuation of thousands - living near Alaknanda and Dhauliganga rivers - to safety. The flooding damaged nearby Rishiganga and NTPC power plants. Officials said over 100 labourers working in the power plant are feared dead.

Five NDRF teams - one from Dehradun and four from Delhi - have been mobilised for the rescue operation. The Army has committed six columns, each with 100 soldiers. In addition, one Advanced Light Helicopter (ALH) and two Cheetah helicopters are also operating.

But what is a glacier outburst? What causes this disaster?

Glaciers are large bodies of ice moving slowly. So, when a glacier retreats, it leaves behind a large impression in the ground, filling it with water and a lake is formed. This is known as a moraine, which can be impounded by precarious pile of debris and buried ice, according to the encyclopedia maintained by the Canada-based University of Calgary.

The moraine dammed lakes weaken as the water level rises and the glacier retreats. They might crumble under pressure from the swelling lake, leading to massive floods, it says.

Glacial lakes may vary in volume but may hold millions to hundreds of millions of cubic metre of water, say experts.

The outburst of water can also happen due to erosion, an avalanche of snow or rock, an earthquake or volcanic eruptions under the ice.

"In the Hindu Kush Himalaya, moraine-dammed glacial lakes are common and numerous GLOF events have been traced back to the failure of moraine dams. A moraine-dammed lake forms as a glacier retreats, and meltwater fills the space between the proglacial moraine (in front of the glacier) and the retreating glacier", reads the description of GLOFS on the official website of the International Centre for Integrated Mountain Development. ICIMOD is an intergovernmental knowledge and learning centre working on behalf of the people of the Hindu Kush Himalayas.

The glacial outbursts are also related to global warming. As the temperature soars during summers, the glaciers retreat, leaving behind water-filled, unstable moraine dammed lakes.

The incident in Uttarakhand happened Sunday morning when a glacier burst in the Tapovan area. The avalanche also brought with it muck and debris in the river.