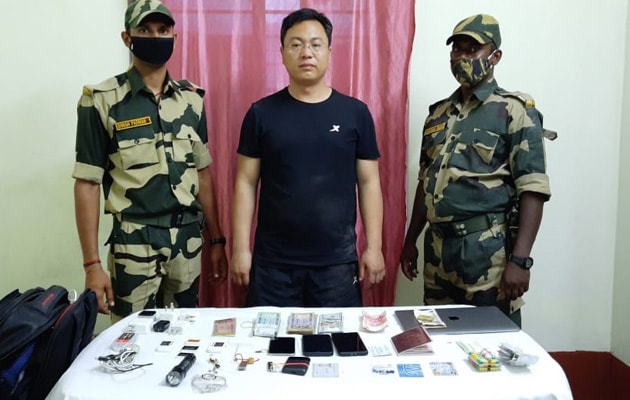 The special task force (STF) of the West Bengal Police, shortly after taking over the probe into Chinese national Han Junwe's intrusion in India, on Tuesday reconstructed the circumstances under which he entered this country, a senior officer said.

Sleuths of the task force took Junwe to the spot in Malda along the India-Bangladesh border -- from where he was arrested last Thursday -- and enquired about the means he had adopted to sneak past the BSF security personnel posted there, the senior police officer said.

The task force is also mulling the option of conducting a CT scan on Junwe to find out if he has any "hi-end micro chip planted inside his body, which he could have used to pass on information to those who might have engaged him in carrying out a spying operation", the officer told PTI.

Sleuths also conducted COVID-19 tests on the Chinese national, who, the officer said, "is not any ordinary man".

"Going by the way he is handling all the questions of our investigators, it's quite clear that Junwe is not any ordinary man. He seems to be well trained. We are trying to break his defence and find out if he is actually a spy," the senior police officer said.

Junwe, known to be a resident of Hubei in China, was arrested by the BSF when he was trying to enter the country through the India-Bangladesh border in Malda district.

Incidentally, one of his associates, Sun Jiang, was arrested by the UP Police earlier this year.