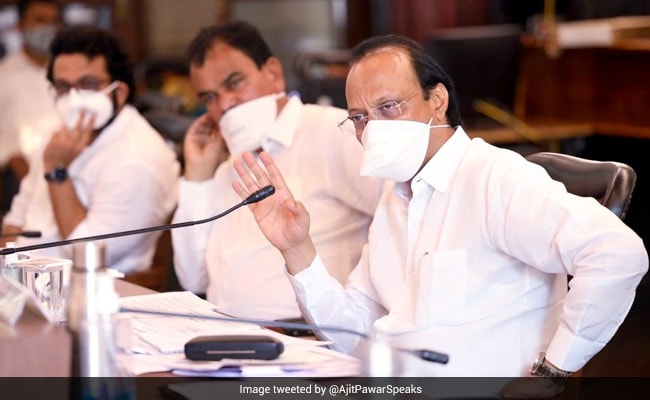 A sugar mill worth over Rs 65 crore has been attached under the anti-money laundering law in connection with the alleged Maharashtra State Cooperative Bank (MSCB) scam, the Enforcement Directorate said on Thursday and added that a company linked to Deputy Chief Minister Ajit Pawar and his wife is involved in the case.

A provisional order has been issued under criminal sections of the Prevention of Money Laundering Act (PMLA) for attaching the land, building, structure, plant and machinery of Jarandeshwar Sahkari Sugar Karkhana (Jarandeshwar SSK) located at Chimangaon-Koregaon in the state's Satara district.

The total value of the assets is Rs 65.75 crore which was the purchase price of the property in 2010, the Enforcement Directorate (ED) said.

"The assets are currently held in the name of Guru Commodity Services Pvt Ltd (an alleged dummy company) and leased to Jarandeshwar Sugar Mills Pvt Ltd," it said.

"Sparkling Soil Pvt Ltd is holding majority shares of Jarandeshwar Sugar Mills and investigations revealed that the former firm is related a company to Ajit Pawar, deputy chief minister of Maharashtra, and Sunetra Ajit Pawar (his wife)," the ED said in a statement.

The PMLA case is based on a 2019 FIR of the Mumbai Police's economic offences wing (EOW) that alleged that SSK was fraudulently sold by the then officials and directors of MSCB at throw-away prices to their own relatives and private people "without following" due procedure prescribed under the SARFAESI Act.

SARFAESI stands for Securitisation and Reconstruction of Financial Assets and Enforcement pf Security Interest Act and under its provisions banks can sell immovable assets to recover loans.

The EOW FIR was filed on the orders of the Bombay High Court.

The ED said that the MSCB conducted auction of Jarandeshwar SSK in 2010 at an "under-valued price" and without following due procedure.

"Ajit Pawar was one of the prominent and influential members of the board of directors of MSCB at the relevant time," it said.

The "major part" of the funds utilised towards purchase of SSK was received from Jarandeshwar Sugar Mills Pvt Ltd which received the same from Sparkling Soil Pvt Ltd, a company related to Ajit Pawar and his wife, the agency alleged thus linking the NCP politician to the case.

It added that the attached sugar mill was "actually controlled and run" by Jarandeshwar Sugar Mills Pvt Ltd.

"SSK has been used as a vehicle by Jarandeshwar Sugar Mills for obtaining loan to the tune of about Rs 700 crore from Pune district central co-operative bank and others from 2010 till date," the ED said.

"Thus, the assets held in the name of Guru Commodity Services Pvt Ltd (leased to Jarandeshwar Sugar Mills Pvt Ltd) are proceeds of crime," it said.