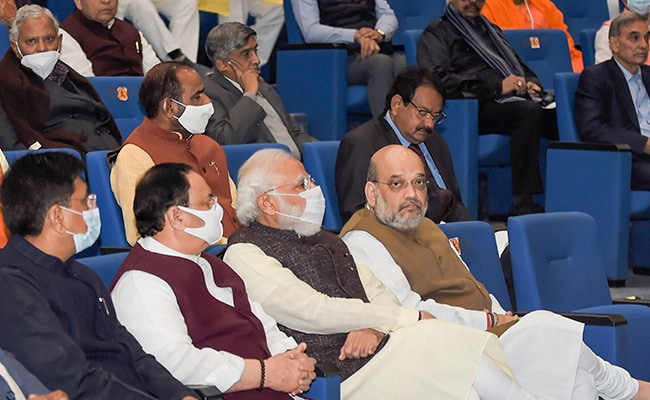 BJP MPs absent from, or irregular in attending, Parliament were pulled up on Tuesday, with sources saying Prime Minister Narendra Modi warned them to "change yourself or there will be changes".

In a strong warning, the Prime Minister - who has repeatedly advised his party MPs and ministers to be disciplined, punctual and not speak out of turn - chided BJP leaders for behaving "like children".

"Please be regular in attending Parliament and meetings. It is not good for me to continuously stress about this (and treat you) like children. If you don't change yourself, there will be changes in due course," the Prime Minister said at a meeting of the BJP's parliamentary party in Delhi today.

The Prime Minister's words of warning come as the BJP faces a furious opposition in the ongoing winter session of Parliament, with the ruling party cornered on a variety of issues, including 14 civilian deaths after the botched Army op in Nagaland's Mon district on Saturday.

The government also faces fury over the suspension of 12 opposition MPs for this session; the MPs were suspended for their role in shocking chaos that marred the final day of the previous session.

Farmers' protest against the now-scrapped farm laws is another hugely contentious topic, with opposition MPs now relentless in targeting the government over guarantees for MSP.

Parliament's winter session began November 29 and will continue till December 23.

Both Houses have witnessed repeated adjournments so far.

The PM's reprimand also comes as the BJP preps for an avalanche of Assembly elections next year, including one in the politically key state of Uttar Pradesh and another in Congress-ruled Punjab.