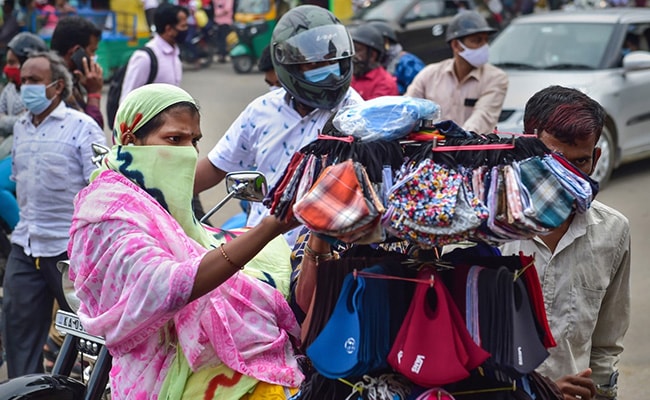 Karnataka traced over 200 people who had come in contact with the two patients and tested them for Covid.

A 46-year-old Bengaluru doctor, who was among the first cases of Omicron in India, has again tested positive for Covid, a senior official said today.

The RT-PCR test was conducted seven days after his last test, as per the mandate issued by the Health ministry. He will be kept under observation for another seven days and be discharged only after a negative RT-PCR test.

The doctor, who had received both doses of the vaccine Covishield, currently has a lung infection, officials told. He had previously tested positive on November 22.

Five people who had come in contact with the Bengaluru doctor, who had tested positive, returned negative tests and will be discharged later today. The five samples had been sent for genome sequencing, the results of which are still awaited.

On Monday, the state government had also traced over 200 people who had come in contact with the two patients and tested them for Covid.

Karnataka has already approved two labs for genome sequencing and plans to ramp up testing. The state government has also sought the Centre's approval for four more such labs.

The doctor was among the first two persons to be detected with Omicron in India. The other was a South African national, who was quarantined in Bengaluru and later flew to Dubai.

Police have registered a case against the South African national, who is a Gujarati by origin, for flying without informing the authorities in violation of the quarantine norms.

Twenty-three cases of Omicron variant of COVID-19 have been reported across the country. Maharashtra has reported ten cases, while Rajasthan has nine.

The Omicron variant, which was first detected in South Africa, has spread to several parts of the globe but no deaths have yet been reported. Authorities worldwide are racing to determine how contagious it is and how effective existing vaccines are.