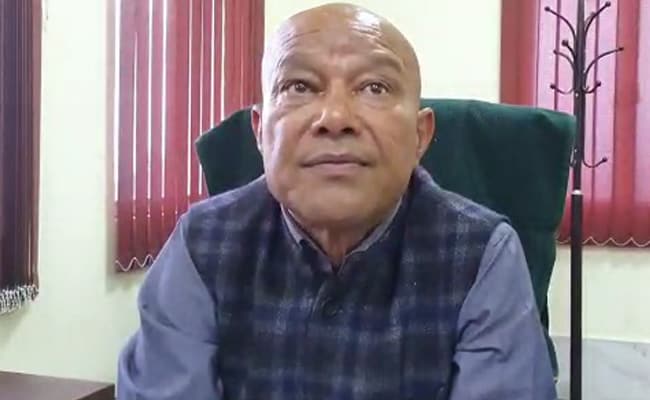 Asked about the dispute and Mr Vanlalvena's comment, newly inducted cabinet minister and BJP legislator from South Shillong Sanbor Shullai said that Meghalaya should use its police force to protect the inter-state borders against "enemies".

Speaking to journalists after taking charge, Mr Shullai said the police along with the people of Mizoram have proved that they are united in protecting their identity.

"This spirit should be with us - the public and the police. If the people of Assam keep on harassing our people in the border area, the time has come not only to talk and take tea... we have to react, we have to act at the spot only," Mr Shullai said.

Standing outside the Parliament House, Mr Vanlalvena had told reporters earlier this week: "More than 200 policemen entered our territory and they pushed back our policemen from our own posts and they gave firing orders first before we fired. They are lucky that we didn't kill them all. If they come again, we shall kill them all."

Following the statement, a team of Assam Police visited Delhi to summon the Mizo National Front MP and six senior officials from Mizoram in connection with firing over an interstate border dispute on Monday. Six policemen from Assam died in the incident at the area that lies over Assam's Cachar district and Mizoram's Kolasib district.

The Assam Police also pasted a note at the gate of Mizo National Front MP K Vanlalvena's Delhi home, who was not there when the police went to serve the summons.