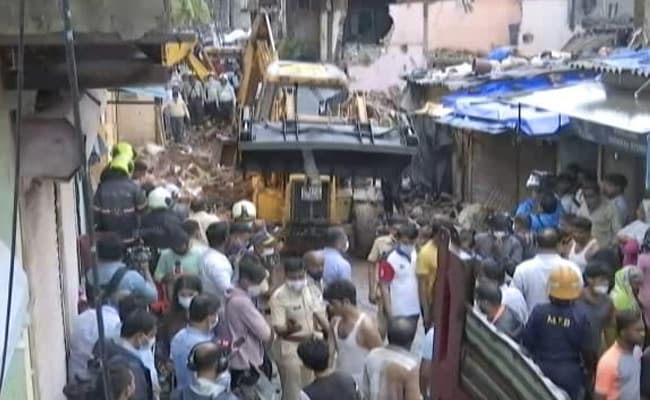 Search and rescue operations are underway

Eleven people, including eight children, were killed when a double-storey apartment building collapsed on another structure at a slum in Mumbai's Malad late last night. At least seven others received injuries in the incident.

Many are still feared trapped under the debris and evacuation operations are underway, officials said.

Mumbai civic body BMC is also evacuating people from another three-storey structure nearby which is in a dilapidated condition, they said.

Locals joined the search team and helped rescue the injured and transported them to a hospital in suburban Kandivali.

"Total 18 injuries were reported, of which 11 people were brought dead,"a doctor from the hospital told.

According to the BMC disaster management cell, the incident was reported around 11.10 pm on Wednesday.

BJP spokesperson Ram Kadam termed the death of the people in the incident murder due to negligence.

The local police and fire brigade officials are at the spot, carrying out rescue operations.