The Thing That Hasn't Changed For Sara Since This Extreme Throwback 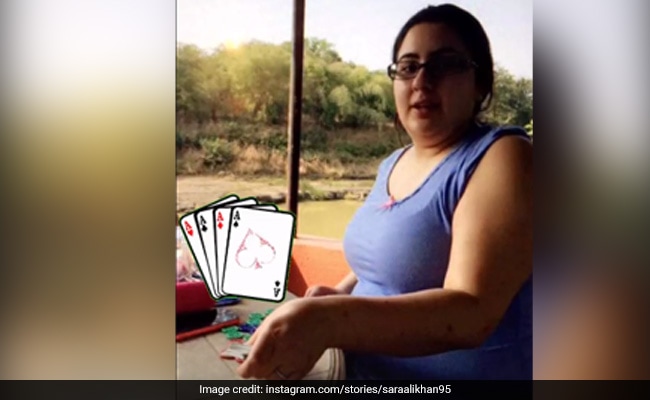 Sara Ali Khan decided to spend her Sunday playing cards with her friends, a picture of which she shared on her Instagram story. An excited Sara also shared a photograph which happens to be a throwback from the time when she had not stepped into Bollywood. A few years later, Sara went through a drastic transformation. Oh, about the common factor in both the pictures - Sara can be seen playing cards. Smiling for the camera, Sara can be seen posing with cards in her hand in the picture. "Still playing cards," Sara captioned the post. She added, "Throwback." 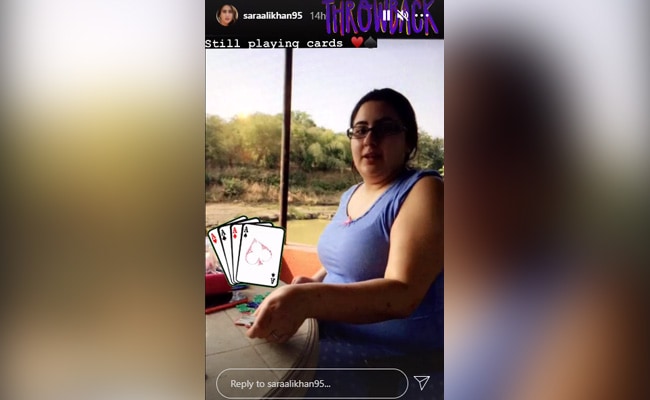 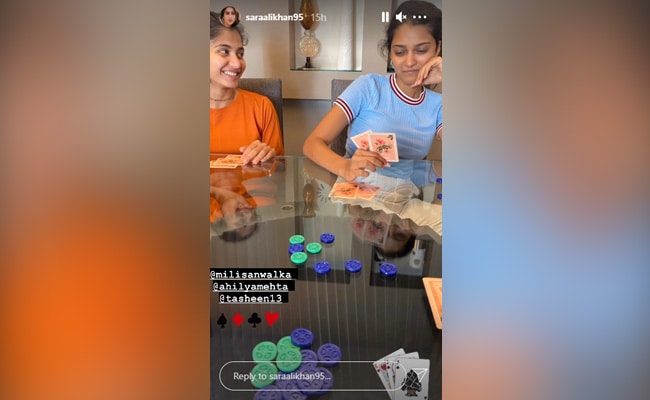 Sara Ali Khan, a regular at the gym, has quite a bit of a reputation as a fitness enthusiast. She is frequently seen working out with Pilates instructor Namrata Purohit. Check out some of the videos here:

Here, Sara can be seen working out with actress Janhvi Kapoor:

The Simmba actress opened up about her weight loss and transformation journey during Karan Johar's talk show Koffee With Karan a few years ago. During the show, Karan Johar played two clips featuring Sara Ali Khan from when she was studying in Columbia University. She weighed 96 kilos then. Speaking of which, Sara said: "I had PCOD. I still do and because of that I think I put on the amount of weight that I did."