Summer Of 2021: Priyanka Shares One Helluva Selfie From London 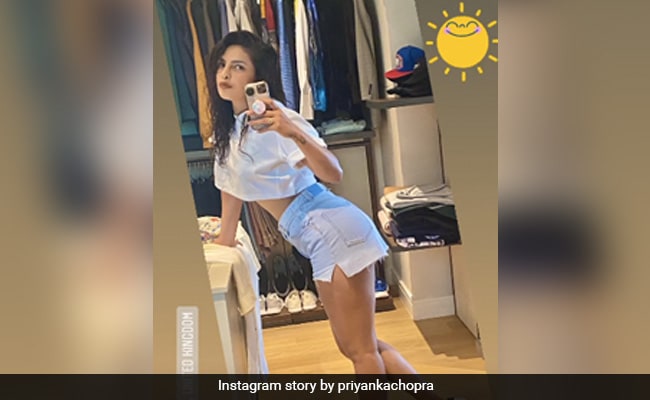 For anyone who needs to ace summer style like a pro, take notes from Priyanka Chopra's latest Instagram story. The actress, currently in London for the shooting of Citadel, just brightened up our Instagram feeds with one perfect selfie. Priyanka Chopra's swag is off the charts as she poses in front of the mirror. Dressed to perfection, the actress can be seen wearing a white crop top and denim shorts. She picked sport shoes for the go and that unmatchable Priyanka Chopra sass gave the picture an edge. One word - perfection. She accompanied the picture with Megan Thee Stallion's song Hot Girl Summer. 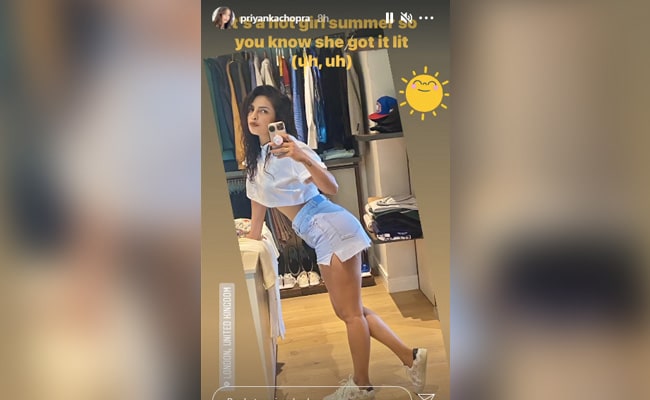 About Priyanka's next project Citadel, it is a multi-series with productions from India, Italy and Mexico and it also stars Richard Madden and it will be directed by the Russo Brothers. Citadel is Priyanka Chopra's second project with Amazon Prime Video after announcing the Sangeet Project, a sangeet-themed dance reality show, which she will host with Nick Jonas.

Priyanka Chopra, a former Miss World and a Bollywood star, is a woman of many hats. She is the first South Asian woman to headline the cast of an American television show and has featured in many Hollywood projects. Priyanka Chopra is a tech-investor and also counts as a UNICEF Goodwill Ambassador. She runs a hair care brand called Anomaly Haircare, is a film producer and she recently launched an Indian restaurant called Sona in New York. She was last seen in Netflix's The White Tiger, which she also produced. She also released her memoir titled Unfinished earlier this year.

Never Understood Why I Was Trolled: Celina On Old Breastfeeding Pic