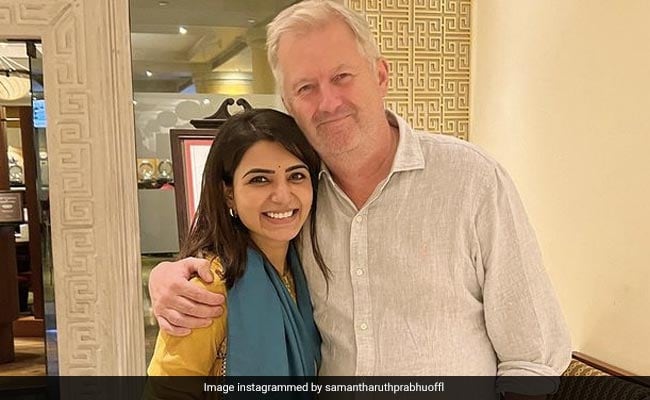 Samantha Ruth Prabhu is going places and how. The actress signed her next project and it is not just any other project. She will soon work with Downton Abbey director Philip John in a project titled Arrangements Of Love. In the film, Samantha will play the role of a bisexual character, who runs her own detective agency. Speaking about the project to Variety, the actress said, "A whole new world opens up for me today as I start my journey with Arrangements of Love, which has such an endearing and personal story." The actress added that she is "excited" to work with Philip John.

"I am excited to work with Philip John, whose projects I have closely followed for many years, being a big fan of Downton Abbey. I am looking forward to collaborating with Sunitha once again and I hope for only more success than we previously had with Oh! Baby. My role is a complex character and it will be both a challenge and an opportunity for me to play it. I cannot wait to get on set," Variety quoted Samantha as saying.

Samantha auditioned for the role. The last time the actress went for an audition was 12 years ago for the film Ye Maya Chesave. The actress posted a picture with the veteran filmmaker and she wrote in her caption: "A whole new world... I last auditioned in 2009 for Ye Maya Chesave. 12 years later, and auditioning again, I felt the very same nervousness. I guess it's not everyday you get to audition for a BAFTA award winning, critically acclaimed director of your most favourite series Downton Abbey." She signed off the post with these words: "Jumping for joy that you picked me sir Philip John... Thank you Sunitha Tati and Guru Films for the opportunity. Can't wait to start this exciting journey."

Samantha Ruth Prabhu and actor Naga Chaitanya announced their separation last month. They were married for over 3 years.

On the work front, Samantha Ruth Prabhu will next be seen in Kaathuvaakula Rendu Kaadhal and Shaakuntalam. The actress made her big digital debut with The Family Man 2 and she made headlines for her role as Raji, an unwavering Sri Lankan Tamil liberation fighter on a suicide mission in the series. She has starred in films like Manam, Ye Maaya Chesave, Autonagar Surya, Majili and Oh Baby to name a few.