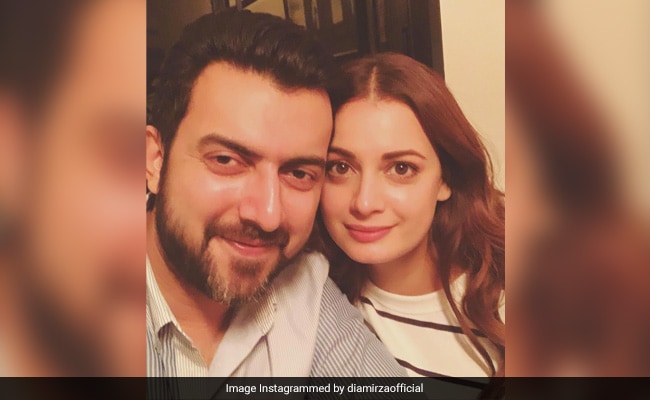 Actress Dia Mirza wished luck to her ex-husband Sahil Sangha on her Instagram stories. Tagging Sahil Sangha, Dia Mirza wrote, "Roar," followed by a lion emoji. Sahil announced the launch of his new production house, Madiba Entertainment. Dia Mirza and Sahil Sangha knew each other for over 11 years, worked together as business partners and started a production house named Born Free Entertainment. They produced films such as Love Breakups Zindagi and Bobby Jasoos under the banner. The former beauty queen and Bollywood actress married film producer and writer Sahil Sangha on October 18, 2014. However, five years later, Dia announced her separation from Sahil in 2019 on her social media accounts. The note was signed by both of them and stated, "After 11 years of sharing our lives and being together, we have mutually decided to separate. We remain friends and will continue to be there for each other with love and respect. While our journeys may lead us down different paths, we are forever grateful for the bond that we share with each other."

After separation from Sahil Sangha, Dia Mirza then married Mumbai-based businessman Vaibhav Rekhi on February 15, 2021. The couple welcomed their baby boy Avyaan Azaad Rekhi in May 14, this year.

The actress made her Bollywood debut with Rehnaa Hai Terre Dil Mein opposite Madhavan in 2001. She has starred in movies such as Dum, Tumko Na Bhool Paayenge, Tumsa Nahin Dekha - A Love Story, Parineeta, Dus, Lage Raho Munnabhai, Sanju and Thappad.