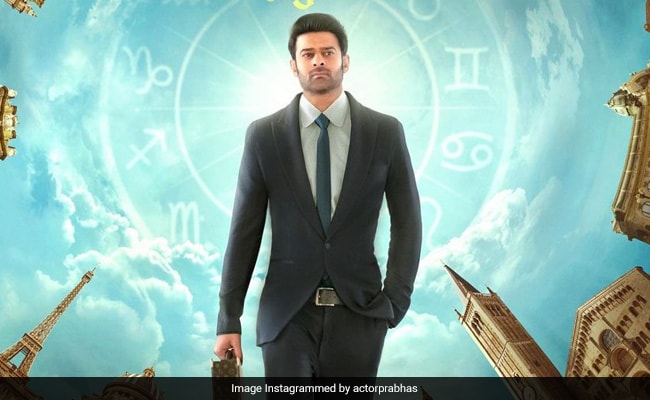 Prabhas' much talked about romantic drama Radhe Shyam, which was supposed to release this year, has been rescheduled, revealed the actor. Radhe Shyam will now release on January 14 next year, when it will coincide with Pongal and Makar Sankranti celebrations. Prabhas made the new release date announcement with this post: "Can't wait for you all to watch my romantic saga, Radhe Shyam, which has a brand new release date - January 14, 2022 worldwide!" He also shared a brand new poster of his character from the movie. Earlier this year, the makers had announced July 30 this year as the release date of the movie. Prabhas co-stars with actress Pooja Hegde in Radhe Shyam.

Prabhas sports a sharp, suited look in the Radhe Shyam poster, in which mystic astronomical signs form the backdrop.

Viewers got a glimpse of Prabhas and Pooja Hegde's dreamy love story in the Radhe Shyam teaser was released on Valentine's Day this year.

Radhe Shyam marks Pooja Hegde and Prabhas' first film together. The film also features Murli Sharma, Sachin Khedekar, Priyadarshi, Sasha Chettri, Kunaal Roy Kapur and Sathyan. Directed by Radha Krishna Kumar and produced by UV Creations, Radhe Shyam will release not only in Hindi but also in Telugu, Tamil and Malayalam. The Hindi version of the film will be presented by T-Series.