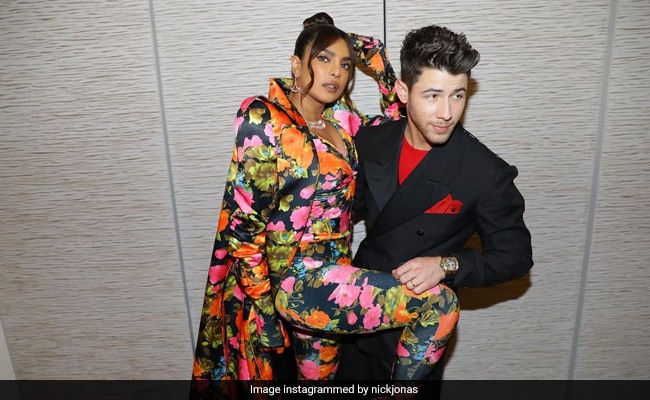 Priyanka Chopra is and always will be the "star of the show." Right? The actress, who is a global icon, made a high fashion statement on Monday by attending the British Fashion Awards in London with her husband and singer Nick Jonas in a Richard Quinn design. At the British Fashion Council's glitzy annual awards, Priyanka Chopra, who was one of the presenters, turned heads in a floral pantsuit while Nick looked dashing in a black sit and red tee. The couple's PDA on the red carpet will definitely make you blush. Both of them shared pictures from the ceremony on their respective Instagram handles. In his caption, Nick Jonas stated the obvious: "The star of the show, Priyanka Chopra." He also added a red heart icon for her. See Nick Jonas' post here:

Priyanka Chopra just shared the pictures of herself and Nick Jonas with a flower and a red heart icon. 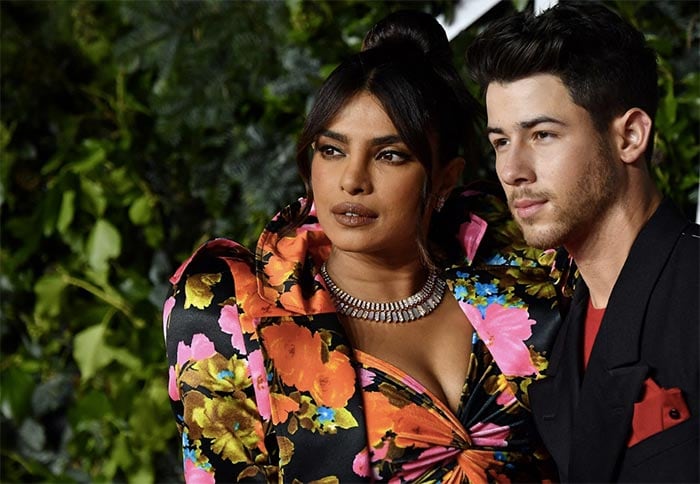 Priyanka and Nick Jonas at the awards. (Image courtesy: AFP)

The British Fashion Awards honoured several prominent industry names on Monday after the death of renowned designer Virgil Abloh. Louis Vuitton's head of menswear was named a leader of change and was eulogised throughout the evening. Virgil Abloh, 41, died of cancer on Sunday.

The British Fashion Awards took place virtually last year due to the coronavirus pandemic. However, when the situation improved this year, the organisers decided to host it in person. Other than Priyanka Chopra, actress Demi Moore and British rapper Kano were also presenters.

On the work front, Priyanka Chopra will next be seen in series Citadel and film Matrix 4.