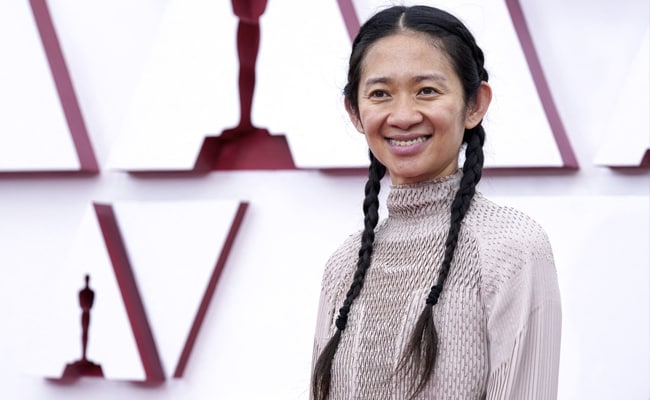 Chloe Zhao made history at the 93rd Academy Awards as the first woman of colour to win the Oscar for Best Director for Nomadland. She's also only the second woman in Oscar history to win the award after The Hurt Locker director Kathryn Bigelow. Joining her in the history-making category was Yuh-Jung Youn, Best Supporting Actress winner for Minari. The earliest wins of Hollywood's big night included one that was entirely expected - Daniel Kaluuya completed his awards grand slam this year with the Oscar for Best Supporting Actor for his performance in Judas And The Black Messiah.

The first Oscar of the show went to Emerald Fennell who won Best Original Screenplay for Promising Young Woman; Best Adapted Screenplay was won by The Father. The White Tiger, starring Priyanka Chopra, was nominated in this category.

Another Round, from Denmark, was awarded Best International Feature Film. "We wanted to make a film that celebrates life," said director Thomas Vinterberg who made the film while facing a tragic personal loss - his daughter, who was cast in Another Round, died in a car accident. The official entry from India this year - Jallikattu - failed to make the shortlist.

The Oscars this year were historic at several levels - for one, it boasts the most diverse list of nominees in the history of the Academy Awards; for another, in addition to the traditional venue of Los Angeles' Dolby Theatre, much of the ceremony is taking place at Union Station. This year, the categories of Best Sound Mixing and Best Sound Editing have been consolidated into a single Best Sound award. Also, there is no host for the award ceremony for the third year running.

Here are the winners of the 93rd Academy Awards:

Best International Feature Film: Another Round

Best Animated Short: If Anything Happens I Love You

(This list is being updated as awards are announced)