Katrina-Vicky Wedding: Pics Of Sister Of The Bride Isabelle In Jaipur 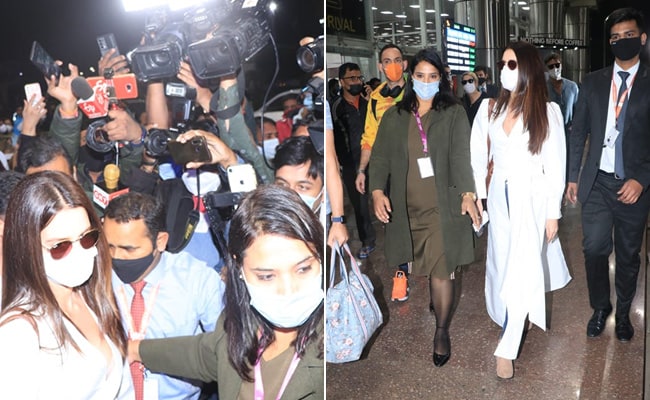 Isabelle Kaif at the Jaipur airport.

Sister of the bride Isabelle Kaif landed in Jaipur last night, Isabelle, who stays with her sister Katrina in Mumbai, was dressed in a white ensemble as she was clicked at the Jaipur airport on Monday night. Katrina Kaif and Vicky Kaushal flew to Jaipur on Monday too. They posed for the paparazzi at the airport (separately). The venue for the wedding is Six Senses Fort, Sawai Madhopur. Katrina Kaif flew with her mom. Meanwhile, the confirmed guests at Katrina Kaif and Vicky Kaushal's wedding so far includes Neha Dhupia, Angad Bedi, Raveena Tandon, Kabir Khan-Mini Mathur and singer Gurdas Maan. They were pictured at the Mumbai airport on Tuesday morning.

See pictures of Isabelle Kaif at the Jaipur airport here: 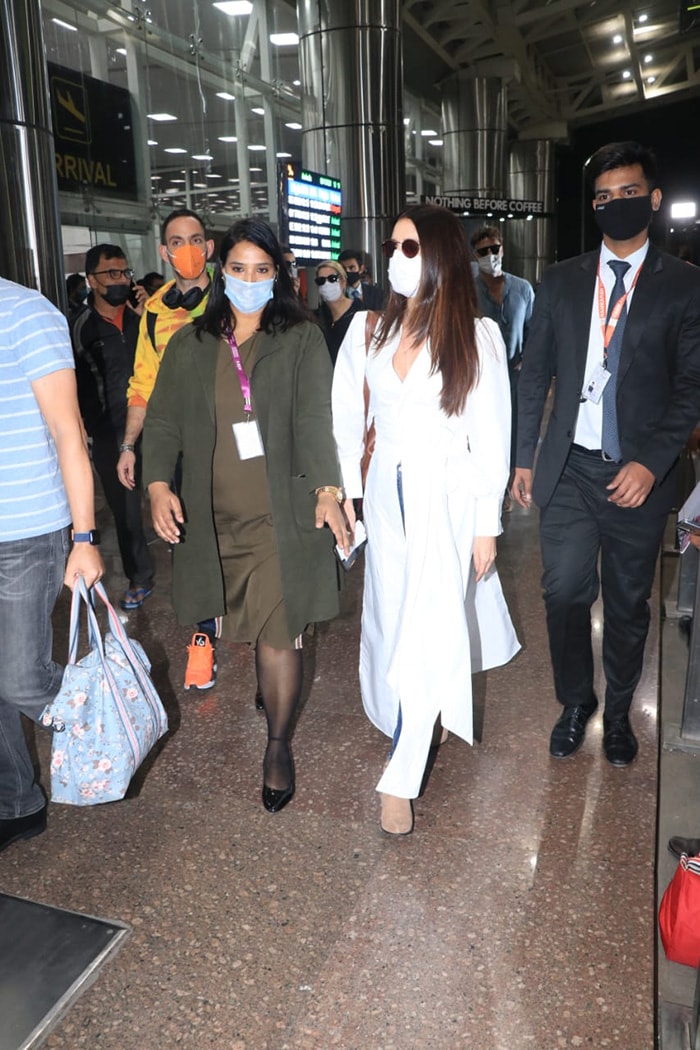 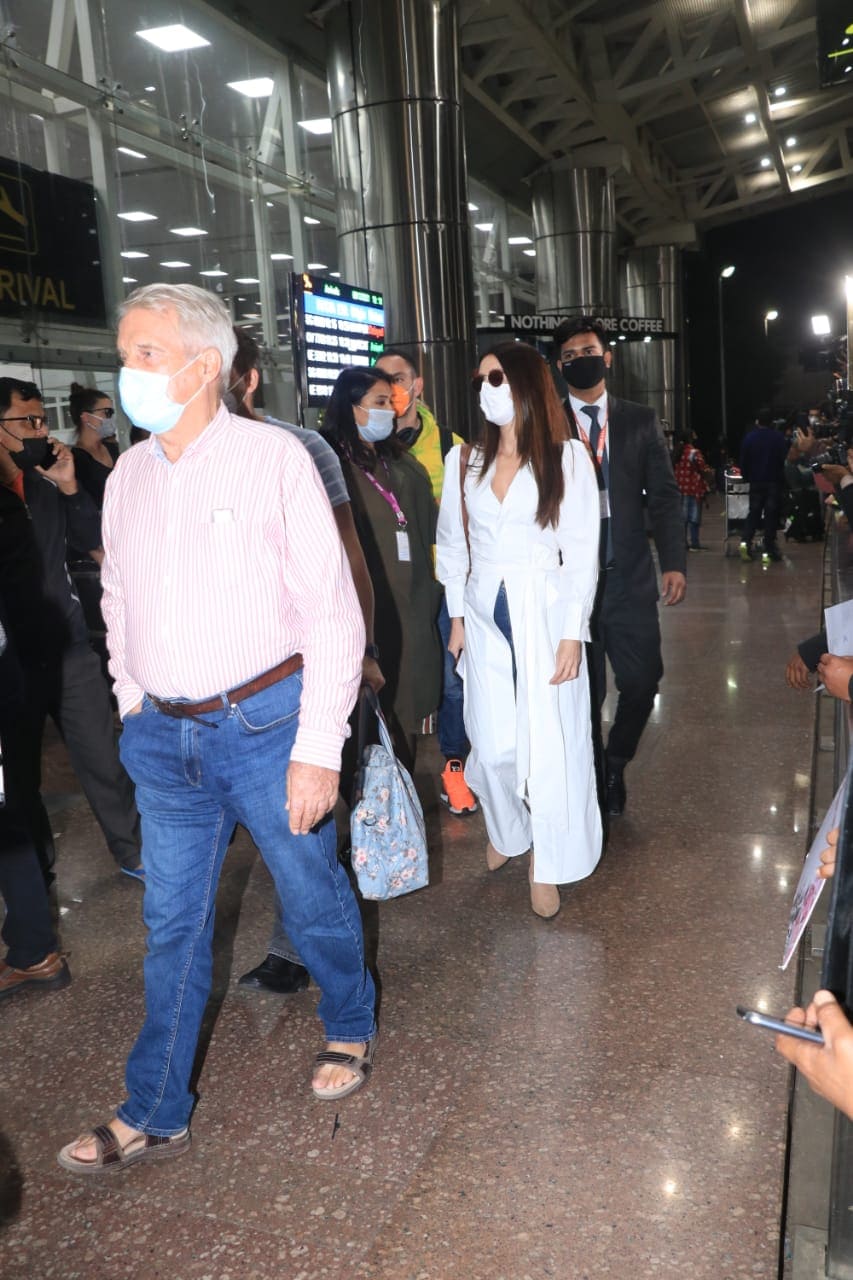 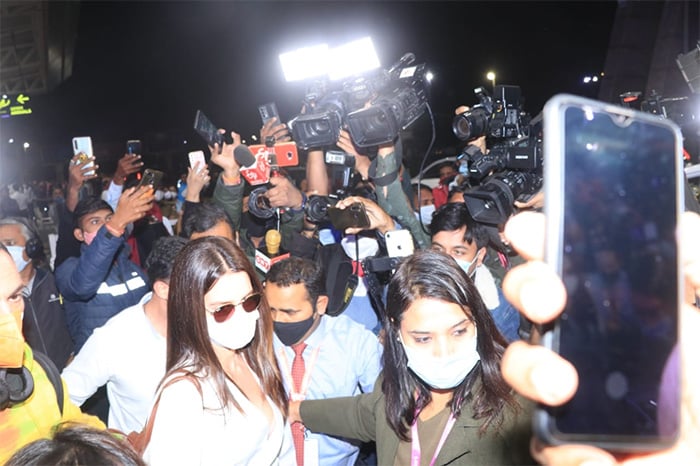 Isabelle Kaif played the role of a dancer in her film Time To Dance, opposite Sooraj Pancholi, who was cast for the role of a street dancer. The movie released in March this year. The actor will next be seen in Lalit Butani's Kwatha, which will star Aayush Sharma as well.

Coming back to Katrina Kaif and Vicky Kaushal's wedding, it will be a private affair. Their wedding will reportedly have a no-phone policy. Several media reports stated that Katrina Kaif and Vicky Kaushal reportedly got engaged on Diwali at director Kabir Khan's house. The venue and ensemble details were also shared. The duo will get married at a royal palace named Six Senses Fort in Sawai Madhopur on December 9.

The stars reportedly started dating in 2019.Earlier this year, Bollywood actor Harsh Varrdhan Kapoor confirmed that the actors are dating. During Zoom's chat show By Invite Only, he said, "Vicky and Katrina are together, that's true. Am I going to get in trouble for saying this? I don't know. I think they're quite open about it."

Big B's Granddaughter Navya Wants His "Back To Work" Outfit

Weekend Binge: Emily In Paris Fans, Add These Shows To Your Watchlist

Priyanka On Dropping Surname And The "Noise Of Social Media"

Watch: Man Gets Chased By Mountain Lion In Scary Video

And Thus Begins The Matrix Of Promotions, Featuring Priyanka Chopra

Why Aren't We Getting Shots, 12-Year-Old Asks Delhi High Court