Actress Kajal Aggarwal, who recently visited the Dakshineswar Kali temple in Kolkata with her husband Gautam Kitchlu, on Wednesday, dropped some brand new pictures from her Kolkata vacation. In the new pictures, Kajal can be seen enjoying a boat ride in the river Ganga. Kajal looks as gorgeous as she enjoys a blissful time in the middle of the river. She also shared a picture of the river Ganga. Kajal dedicated her caption to river Ganga and appreciated its "magnificence." Kajal Aggarwal wrote: "Tranquil. Surreal. Panoramic. All at once! With the dance of clouds adding drama." She added: "How gorgeous, magnanimous, magnificent are you Ganga ma, my heart is full. Taking upon the sins of others yet so pristine. "

Kajal Aggarwal has been in Kolkata for around a week now. As mentioned above, she visited the Dakshineswar Kali temple with her husband Gautam Kitchlu and family earlier this week. She shared several pictures from the family's visit to the temple. Kajal married entrepreneur Gautam Kitchlu, in October 2020.

Check out a picture of Kajal Aggarwal and family from their visit to Dakshineswar Kali temple here: 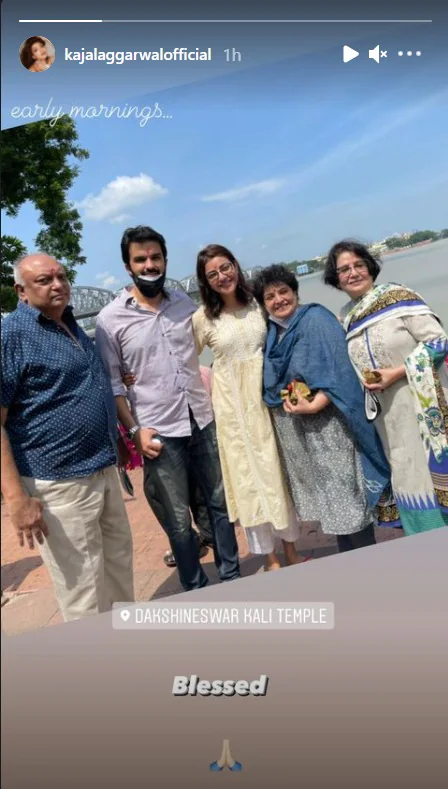 In terms of work, Kajal will soon be seen in films like Hey Sinamika, Paris Paris, Acharya, Mosagallu and Indian 2.

It "Was Difficult" To Get Good Work A Few Years Ago: Paresh Rawal

Karnataka Records Steep Spike In Covid Cases, 34% Up From Yesterday