"It's Hat Season" For Shama Sikander. See Her Trending Pic From New York 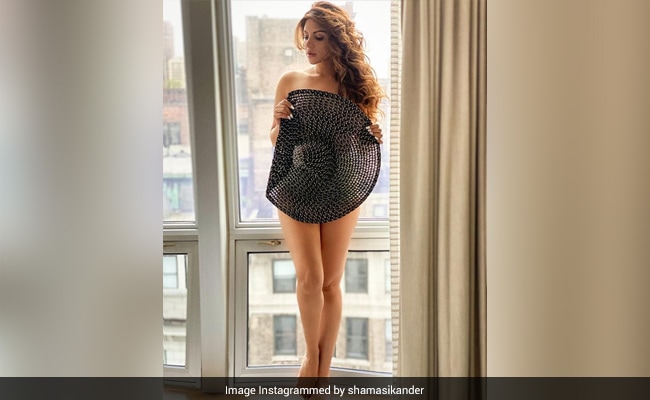 Shama Sikander raised the temperature on Instagram on Wednesday with her latest post. The actress, who became a household name after starring in the 2003 television show Yeh Meri Life Hai, posted a stunning picture of herself posing for the camera with just a black hat and nothing else. Shama can be seen posing against a window in an apartment in New York. Sharing a glimpse of her latest photoshoot, Shama Sikander wrote: "It's hat season." She also added hashtags like #hats #fashion #style #love #happiness #motivation and #positivevibes. Her photo has sent the Internet into a tizzy and put her on the trends list.

"Gorgeous," commented a user on her post while another wrote: "Stunning."

Shama Sikander has been adding beautiful pictures to her New York diaries for quite some time. "This is how New York romances with me... do you feel like this about any city?" she wrote a few days ago while sharing this video of herself basking in the sun.

Last week, the actress, who was missing her pool days, posted this stunning picture of herself chilling in a pool in a red monokini. "I know all the pools are still shut but...Yaad rakhne ke liye, ye bahana accha hai," she wrote.