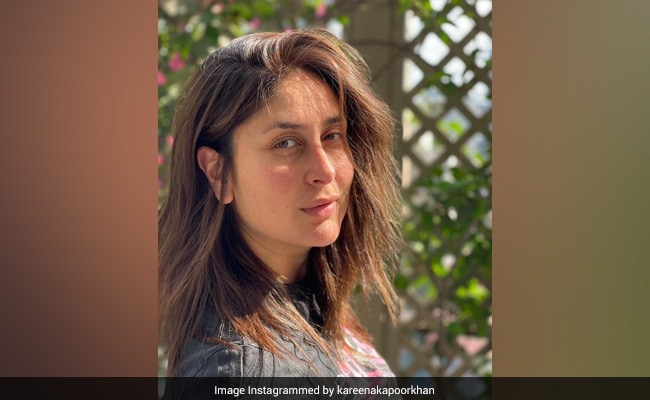 If we had to sum up new mom Kareena Kapoor's latest Instagram entry in a word, wow is what we would call it. On Wednesday, the actress teased her fans all day with snippets from her hair care sessions. On her Instagram stories, the actress asked her fans if she should get a balayage done or go for shades of blonde. Well, Balayage it is. On her profile, the actress posted a picture of her new hairdo and she captioned it: "Ok I'm ready for more burp cloths and diapers." Thanking hairstylist Yianni Tsapatori for the transformation, the actress wrote: "Thank you my absolutely fabulous."

Oh, here are some moments from the salon :

On Women's Day, Kareena Kapoor shared the first picture of her baby boy and she wrote in her caption: "There's nothing women can't do. Happy Women's Day my loves. #InternationalWomensDay."

Kareena Kapoor and Saif Ali Khan married in 2012 after dating for some years. They announced their second pregnancy last August. They are co-stars of films like Omkara, Agent Vinod and Kurbaan and Tashan. The actress announced her pregnancy memoir titled The Kareena Kapoor Khan Pregnancy Bible, on her son Taimur's fourth birthday in December last year. Kareena Kapoor and Saif Ali Khan welcomed a son on February 21. "We have been blessed with a baby boy. Mom and baby are safe and healthy. Thank you to our well-wishers for their love and support," Saif said in a statement.

Remember Child Star Master Raju? What He Looks Like Now

Rubina Tests COVID+: "Will Be Eligible For Donating Plasma After A Month"

Toughest Time Of My Life: Aniruddh's Wife Travels To Visit Him In Hospital