Bobby Deol's Son Aryaman, 20 Today, Got The Best Wish From His Dad 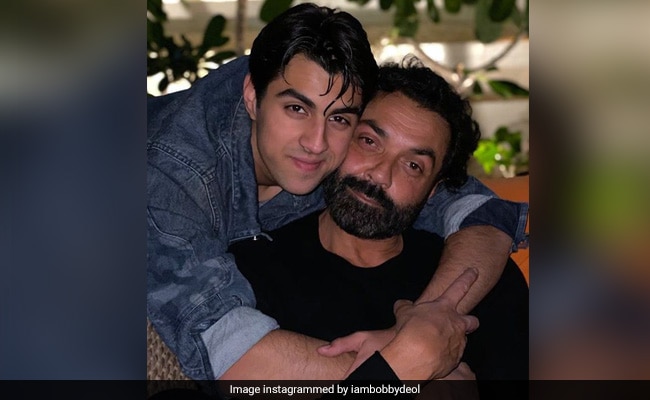 Bobby Deol, in an interview with Hindustan Times a few years ago, talked about Aryaman's career aspirations and said, "My son is studying management right now and he is inclined towards education. I am proud my son loves to study and I want him to have a very broad mind to think about the profession he wants to get into."

Bobby Deol, who recently celebrated his 25th wedding anniversary, shared an adorable greeting for wife Tanya and wrote: "My heart, my soul. You mean the world to me. Love you forever and ever. Happy 25th anniversary." Bobby Deol married Tanya Ahuja, a costume designer in 1996. The couple have two kids, Aryaman Deol and Dharam Deol.

The actor, who made his Bollywood debut with the 1995 film Barsaat, in the recent years has starred in projects like Race 3, Housefull 3 and Housefull 4, Class Of '83 and the web-series Aashram.

Bobby Deol's  upcoming projects are Penthouse and Love Hostel. He will also co-star with Ranbir Kapoor, Anil Kapoor and Parineeti Chopra in Sandeep Reddy Vanga's Animal. He will also feature in the second installment of the 2007 film Apne with his dad Dharmendra and brother Sunny Deol. The film will also star Sunny's son Karan Deol.