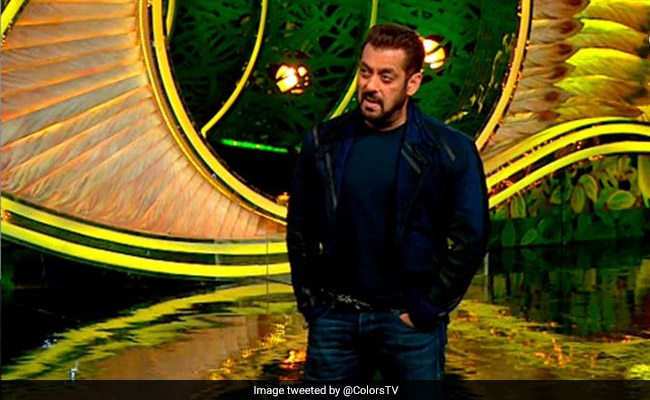 This Saturday's episode of Weekend Ka Vaar on Bigg Boss 15was explosive, to say the least. Actor Salman Khan, who is hosting the show, interacted with contestants about the week that went by and pulled them up for their poor choices and use of violent behaviour during tasks. While Salman Khan chastised all the housemates for not controlling their temper and resorting to violence to generate “content”, he came down harshly on singer Afsana Khan for her comments and actions in the last few days. Following a task that Afsana Khan's team failed to win, she was seen picking a fight with Shamita Shetty who was the sanchaalak or referee during the task.

During the ensuing war of words, Afsana Khan not only made ageist comments against the actress but also used offensive words against Shamita Shetty. She also was seen body shaming Shamita during the fight that was aired on Saturday.

That's not all, Afsana Khan was also seen cursing housemate Vishal Kotian and wishing him death, which then led to housemates getting enraged and asking her to keep quiet.

Addressing the issue, Salman Khan sarcastically called Afsana Khan “superstar of the season” and said, “I'll tell you what all you have said. ‘Shamita buddhi hai. Ghar baithne ka time hai tera. Ghatiya aurat (Shamita is old. It's time for you to sit at home. She is cheap).' Will you decide who is cheap?"

Reacting to this, Afsana said that she would listen to whatever Salman Khan says. She added, “Aap bade ho (You are elder to me)." But Salman was in no mood to listen to her. He replied, “Nahi, nahi. Main buddha hu (No, no. I am old).”

Salman Khan also said that Afsana Khan has a pattern of behaviour as part of which she makes problematic statements and then proceeds to hurt herself. The actor is referring to Afsana Khan hitting herself hysterically after the showdown with Shamita Shetty. A doctor was brought in to calm Afsana down as she began to slap herself.

Salman Khan told the singer that he would have removed her from the Bigg Boss 15 house if he had a choice. The episode, however, ended with Salman Khan cheering her up after Afsana Khan broke down in tears. He and other contestants explained to Afsana that they were all trying to help her.

You can catch a glimpse of the interaction in this video shared by Voot, the streaming platform.

Disha Patani, In A Throwback State Of Mind, Shares A Beach Pic

Sunny Deol's Son Karan, 31 Today, Got The Best Wish From His Dad