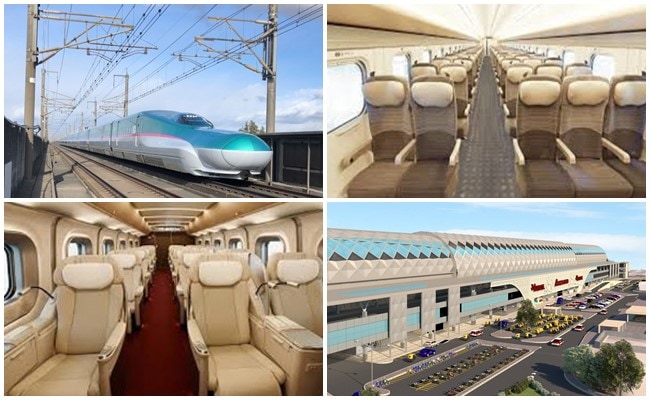 The railway infrastructure project will be funded partly by the Japan International Cooperation Agency (JICA). The feasibility report of the Japan International Cooperation Agency was approved by the central government in late 2015. For the bullet train corridor, Japan's official development assistance or ODA is Rs 79,165 crore, around 81 per cent of the project cost. This will be for a period of 50 years with 0.1 per cent interest and a 15-year moratorium.

The operation control centre for the Mumbai-Ahmedabad high-speed rail corridor will be situated at Sabarmati. Additionally, the Sabarmati Terminal will be the only station to have a multimodal transit hub with connectivity to Indian Railways, bus transit points, as well as metro stations. The Sabarmati station is being redeveloped on the basis of the public-private partnership (PPP) by the Indian Railways' special purpose vehicle - Indian Railways Station Development Corporation. (Also Read: Bullet Train Project: Sabarmati Terminal To Be The Only Station With Multimodal Transit Hub )

The high-speed rail will cover the entire journey between Maharashtra and Gujarat (including stoppages at all stations) in 2 hours and 57 minutes. This means that the journey between the two states, which currently takes eight hours will be reduced to under three hours.

Caught In A Lie: Insta Model Pretends To Fly Business Class, Called Out By Fans

Next Meeting Of GST Council To Be Held On May 28: Finance Ministry