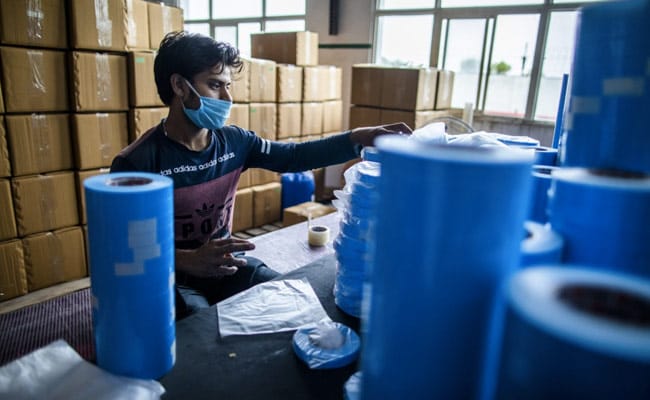 India's economy looked ready to leave a sharp downturn behind in the new year, as business and consumer activity showed more signs of gathering momentum in January.

Two of the eight high-frequency indicators tracked by Bloomberg News improved last month, while five held steady and one deteriorated. That, for now, kept the needle on a dial measuring overall economic activity unchanged at 5 -- a number arrived at by using the three-month weighted average to smooth out volatility in the single-month scores. 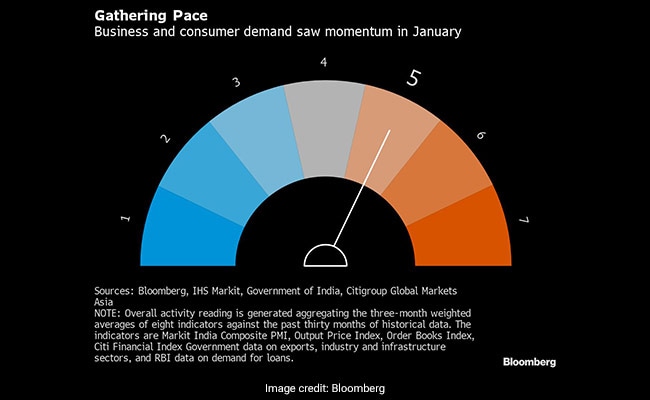 The January reading points to a solid start for the new quarter, building on nascent gains seen in the October-December period. Official data on Friday is likely to show that India exited a recession in the final three months of 2020, with economists in a Bloomberg survey forecasting a gross domestic product expansion of 0.5% from a year ago.

Activity in India's dominant services sector expanded for a fourth straight month in January, with the pace of new work and and business activity both quickening from a month ago. The Markit India Services Purchasing Managers' Index came in at 52.8 from 52.3 a month earlier. A reading above 50 indicates expansion. 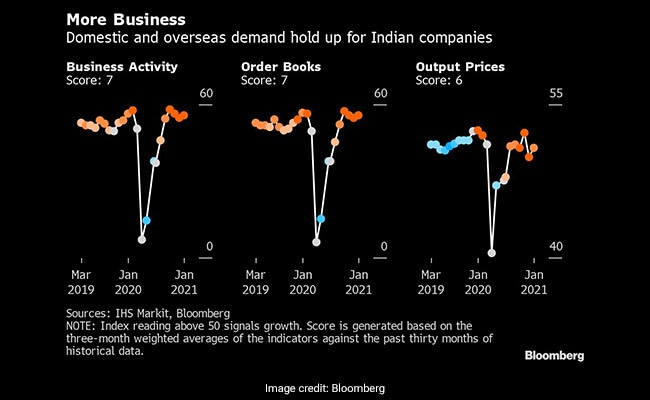 Manufacturing activity also continued to strengthen, with companies ramping up production at the quickest pace in three months, thanks to higher sales and new export orders. Worryingly though, both input and output price pressures gathered steam and which will likely prevent headline inflation from easing sharply in coming months. 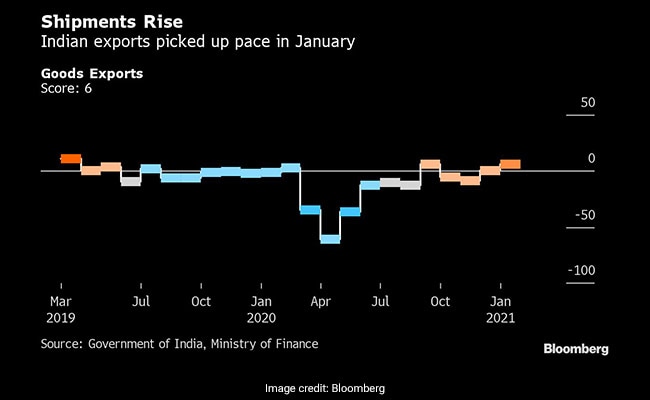 Passenger vehicle sales, a key indicator of demand, rose nearly 11.4% in January from a year ago, with two-wheelers and utility vehicles witnessing robust demand. Surveys from the Reserve Bank of India this month showed that consumers perceived the current economic situation as being better than it was in November when a similar survey was conducted, and they expect improvement in their conditions in the coming year. 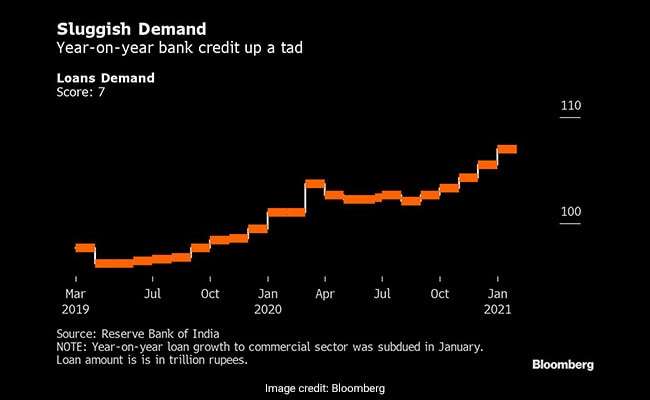 Demand for loans picked up a tad in January. Central bank data showed credit grew at around 6.5% from a year earlier. Liquidity conditions were little changed from December when advance tax payments led to a tighter cash position.

Industrial production rose 1% in December from a year earlier. Production of capital goods rose 0.6%, while infrastructure goods and manufacturing sector expanded in an encouraging end to the October-to-December quarter.

Output at infrastructure industries, which makes up 40% of the industrial production index, contracted 1.3% in December from a year ago, a smaller drop than the 2.6% seen in November. Both data are published with a one-month lag.

Bank Holidays In May 2021: Banks To Remain Shut For 12 Days This Month

Duterte backs out of debate with Carpio, Roque to represent him