World Ozone Day 2019: Montreal Protocol, the Treaty That Tried to Save the Earth 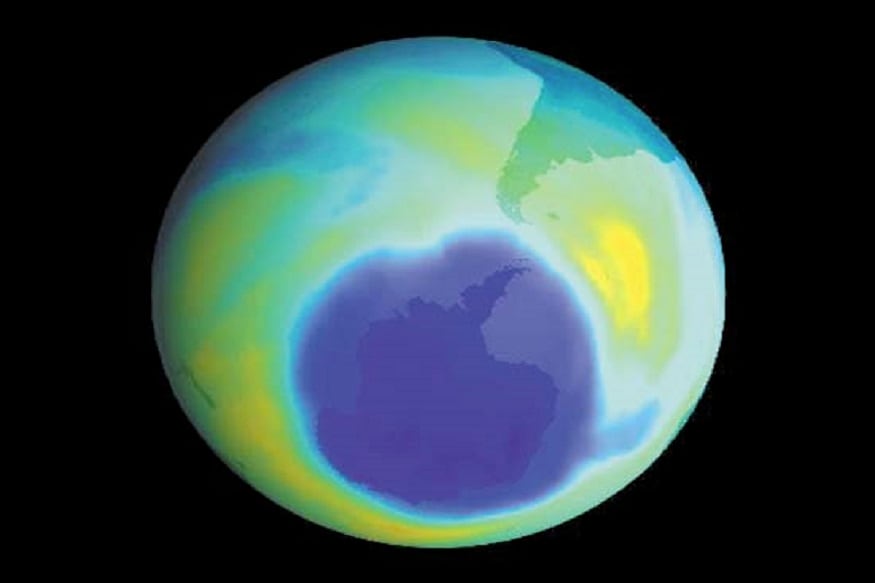 International Day for the Preservation of the Ozone Layer | The United Nations General Assembly on December 19, 2000, designated the day in memory of the date in 1987 when nations inked the Montreal Protocol on Substances that Deplete the Ozone Layer. The celebrations are also known as World Ozone Day.

According to the United Nations, the theme for the World Ozone Day, 2019 is - 32 Years and Healing, celebrates over three decades of international cooperation to protect the ozone layer and the climate under the Montreal Protocol. The Montreal Protocol has led to the phase-out of 99 percent of ozone-depleting chemicals in refrigerators, air-cooling systems and other products.

1. The Montreal Protocol treaty banning ozone-depleting gases has long been considered as one of the most successful agreements ever created.

2. The Montreal Protocol is an international environmental agreement with universal ratification to protect the Earth’s ozone layer by eliminating the use of ozone-depleting substances (ODS), which would otherwise allow increased Ultraviolet or UV rays to reach the planet. This may result in higher cases of skin cancers and eye cataracts, more-compromised immune systems, and negative effects on watersheds, agricultural lands and forests.

3. Adopted on September 15, 1987, the Montreal Protocol is to date the only UN treaty ever that has been ratified every country on Earth - all 197 UN Member States.

4. The Montreal Protocol phases down the consumption and production of the different ODS in a step-wise manner, with different timetables for developed and developing countries (referred to as “Article 5 countries”).

5. All parties, under this treaty, have specific responsibilities related to the phase out of the different groups of ODS, control of ODS trade, annual reporting of data, national licensing systems to control ODS imports and exports, and other matters.

6. Developing and developed countries have equal but differentiated responsibilities, but most importantly, both groups of countries have binding, time-targeted and measurable commitments.

7. The treaty evolves over time in light of new scientific, technical and economic developments, and it continues to be amended and adjusted.

Notably, on World Ozone day, United Nations has also asked the citizens of the world to "wholeheartedly support the Kigali Amendment to the Montreal Protocol, which entered into force on 1 January 2019."

The Kigali Amendment aims for the phase-down of hydrofluorocarbons (HFCs) by cutting their production and consumption. By phasing down hydrofluorocarbons (HFCs), which are potent climate-warming gases, this amendment can avoid up to 0.4 degree Celsius of global temperature rise by the end of the century, while continuing to protect the ozone layer.