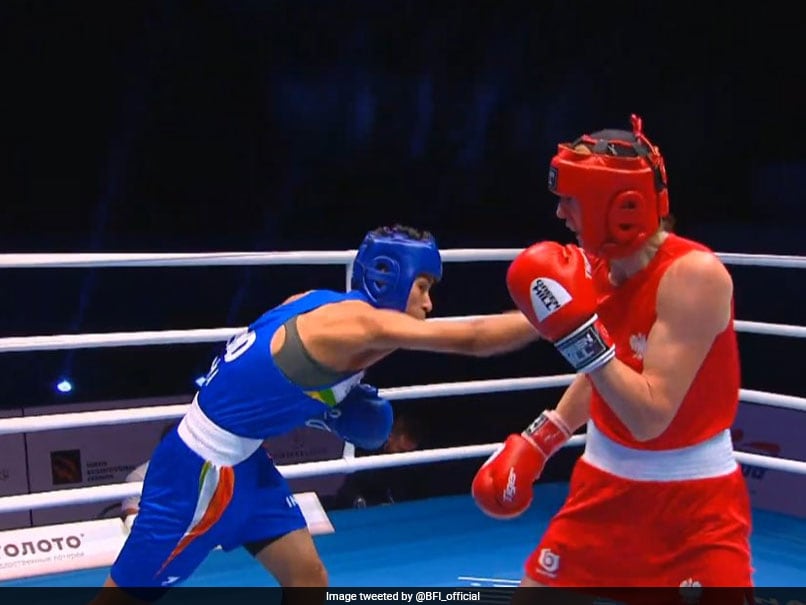 Manju Rani scripted history on Saturday as she became the first Indian woman boxer to enter the finals of Women's World Boxing Championship in her maiden appearance. Manju Rani stormed to the finals of the World Boxing Championships in Russia with a win 4-1 win over her Thai opponent Chuthamat Raksat. Other than Manju, none of the three Indian pugilists, including legendary Mary Kom, could advance to the gold-medal match. M C Mary Kom lost her semi-final bout against Turkey's Busenaz Cakiroglu and took home the bronze medal. Like Mary Kom, debutante Jamuna Boro had to content with a bronze medal after she lost to Huang Hsiao-Wen of Chinese Taipei in 54kg semifinal. Boro started the match cautiously and played mostly on the backfoot. In the next round, her Chinese Taipei opponent Huang Hsiao-Wen used her experience and clinched the bout with an unanimous 5:0 verdict. Lovlina Borgohain, the final Indian in action, gave really tough fight to her Chinese opponent Yang Liu in the 69kg semifinal but went down fighting. She lost the bout by a split 2-3 verdict.