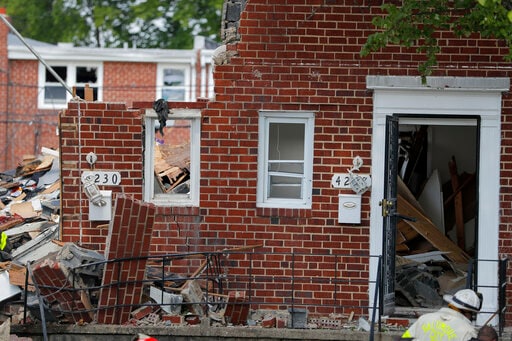 BALTIMORE Baltimore Gas and Electric said Thursday that all of its equipment had been operating safely before a gas explosion leveled three row homes, killed two people and sent seven more to the hospital.

The exact cause of the fatal blast in Baltimore on Monday remains unknown.

The utility said in a statement that its gas mains, gas service pipes and gas meters were not the cause of the explosion. It also said its electrical equipment was not to blame.

Investigators are continuing to examine customer-owned gas piping and appliances at the scene, according to Baltimore Gas and Electric. The investigation is being led by the Baltimore City Fire Department with help from other local, state, and federal agencies.

The utility said it has been replacing aging infrastructure that has leaked gas in some parts of the city. But it said that the gas mains and service pipes in the neighborhood where the explosion happened are very safe and highly reliable with low leak rates.

Four other people, ranging in age from 27 to 93, were discharged from the hospital. The names of the injured were not released.