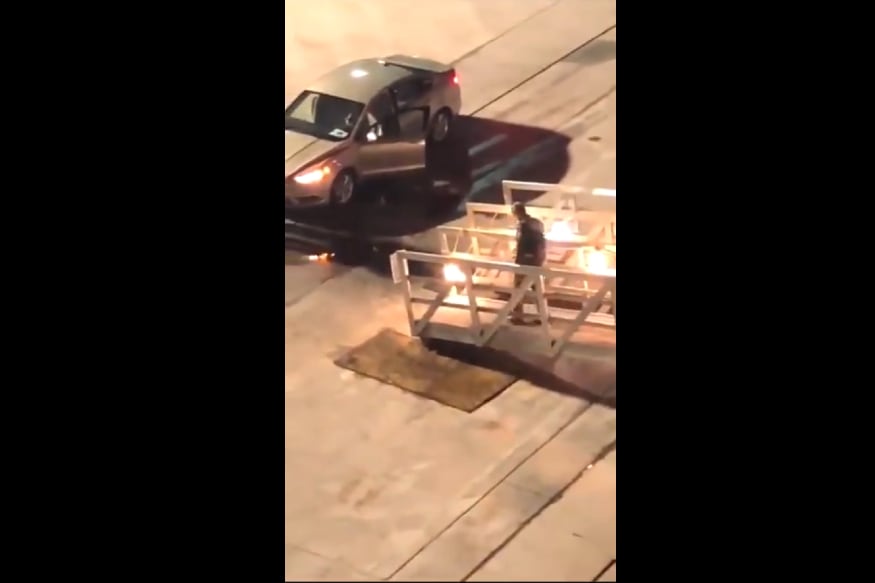 The captain of a US Navy aircraft carrier has been fired for showing "extremely poor judgment" after he wrote "to everyone he knows" that decisive action was needed to prevent American troops dying outside of wartime.

In a letter, Captain Brett Crozier, who commands the USS Roosevelt, an aircraft carrier with a crew of nearly 5,000, pointed out to his superiors that the US Navy was not doing enough to halt a coronavirus outbreak on board the vessel.

At least 100 people aboard the warship have been infected, reports said as the US, the current global COVID-19 hotspot, struggled to contain the number of infections and deaths.

Announcing the decision to relieve 50-year-old Crozier of the command of the warship, acting Secretary of the Navy Thomas Modly said the captain created a panic by sending his memo appealing for urgent help to too many people.

A video posted on Twitter showed Crozier walking away from his ship after he was relieved from duty as sailors chanted his name.

Here is Captain Crozier walking away from his ship while sailors chant his name after he was relieved from duty for blowing the whistle on a coronavirus contamination aboard the USS Roosevelt.

He sacrificed himself and it sounds like everyone knows it. pic.twitter.com/hwiu7Z1MVV

Modly said Crozier was removed for showing "extremely poor judgment" and creating a "firestorm" by too widely disseminating the memo detailing his concerns, copying some 20 to 30 people, CNN reported.

He said Crozier was not removed because of any evidence suggesting he leaked the memo to the press, but rather for allowing "the complexity of his challenge with the Covid breakout on the ship to overwhelm his ability to act professionally when acting professionally was what was needed the most at the time."

He called Crozier's note "a blast-out email to everyone he knows."

Modly said the letter "created the impression the Navy was not responding to his questions".

Though Crozier was relieved of his command, he will keep his rank and remain in the Navy, NBCnews.com reported.

Meanwhile, reports said that some 3,000 uninfected members of the ship's crew are now being quarantined in Guam after the governor of the US island territory in the western Pacific Ocean said they could stay as long as they had no interactions with local people.

According to the Johns Hopkins Coronavirus Resource Center, the US currently has over 245,000 confirmed cases of infection and 6,000 deaths.