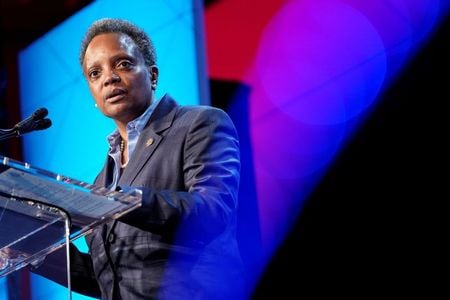 The U.S. Conference of Mayors took direct aim at powerful police unions on Thursday, calling the collective bargaining agreements they negotiate an obstacle to police reform and the regaining of public trust.

That finding in a report could escalate tensions in the national debate over police use of force and racial inequality that burst into nationwide street protests following the May 25 death of George Floyd in Minneapolis.

Cities have ceded too much authority to police unions in the disciplining of bad cops, the report said.

“We’re at the inflection point, and unions need to be part of the solution,” Chicago Mayor Lori Lightfoot, chair of the conference’s working group on police reform and racial justice, told a news conference. “Police cannot be effective, they cannot do their job, if they do not have the community on their side.”

Police unions typically wield more power than other public-sector unions, often gaining support from both pro-labor Democrats and pro-police Republicans. They have proven effective at forcing mayors to temper calls for reform and unifying behind officers accused of misconduct.

Too many collective bargaining agreements enable investigations to be covered up or delayed, or the purging of disciplinary records, Lightfoot said.

The report, which will be debated by the organization’s 1,400 member cities, also called for many state laws to be rewritten, the licensing of police officers, and the establishment of a national database to prevent abusive officers from being rehired in other cities.

The national Fraternal Order of Police, the largest police union, did not immediately respond to a request for comment, nor did a Chicago branch of the union, which will negotiate a new contract with Lightfoot this year.