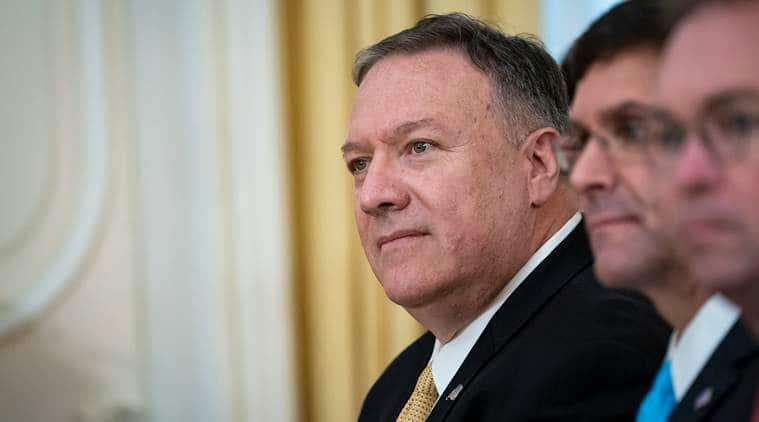 The United States has to take a different path on China as the previous policy of helping them open up their economy with the belief that this would lead to more political freedom has not worked, Secretary of State Mike Pompeo said.

“The theory of the case that was more economic opening will lead to more political freedoms, more fundamental rights being provided to the Chinese people, just turned out not to have been true. It just didn’t work. I’m not criticizing those who came before; we can now plainly see that it didn’t work, and that means the United States has to take a different path,” Pompeo told Tony Perkins of Washington Watch in an interview.

President Donald Trump, he said, has laid that path out pretty clearly.

“He is the first president and this is not partisan. This is Republican and Democrat presidents before him allowed China to engage in a trade relationship with the United States that caused middle (class) America, working people all across the United States, to lose their jobs,” he said.

“We can now see not only was there that economic damage done to the United States, but the people inside of China weren’t treated properly as twin evils,” he said.

The National Security Law, he said, has taken away the freedom of the people of Hong Kong. “You want the Chinese people to be successful and you want them to live good lives and you want the United States to have a relationship, but we know what communist regimes do, we know the way authoritarian regimes treat their people all too often, and that’s what we’re seeing in China today,” he alleged.

Chinese action against religious and ethnic minorities, he said, has only escalated. “We do all that we can diplomatically to call out this misbehavior,” he said.

Referring to news reports of forced sterilisation, forced birth control, including forced abortions, in Xinjiang province, Pompeo said that the government is making clear that businesses that are connected to this activity, whether that is the forced sterilization or the forced abortions, these are the kind of things that one remembers reading about from the worst times of the last century. “Businesses that are connected to that will be held to account. They will be held responsible for their actions,” he said.

“Precisely how we’ll do that we have left open-ended because we want to put them on notice first. We want each company to make its own decision. We watch American businesses claim that they are good stewards working not only for profit but for good outcomes and for the protection of human rights and decency,” Pompeo said.

“Any business leader who says that they stand for those things that we all care about and who is engaged in activities that are connected to this Chinese Communist Party activity in Xinjiang can’t hold those two thoughts in their head at the same time, and the United States isn’t going to permit it to continue,” said the top American diplomat.