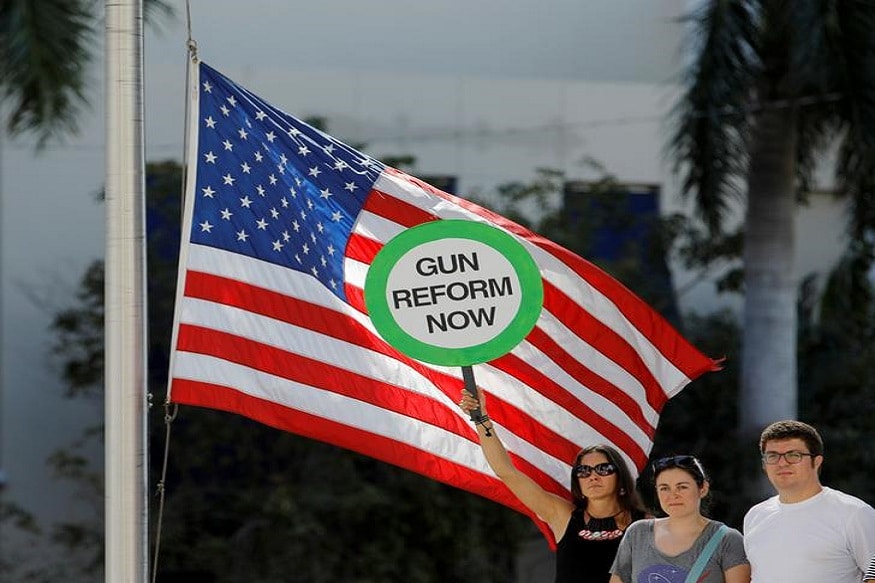 Washington: The head of America's powerful gun lobby on Thursday dismissed calls for tougher restrictions on firearms, saying they would not have stopped the weekend mass shootings in Texas and Ohio.

National Rifle Association head Wayne LaPierre implied that he had spoken to President Donald Trump since the back-to-back massacres that left 31 dead.

"I'm not inclined to discuss private conversations with President Trump or other key leaders on this issue," LaPierre said in a statement.

"But I can confirm that the NRA opposes any legislation that unfairly infringes upon the rights of law-abiding citizens. The inconvenient truth is this: the proposals being discussed by many would not have prevented the horrific tragedies in El Paso and Dayton." Trump has not publicly acknowledged any conversation with LaPierre since the shootings.

But The Washington Post, citing unnamed sources, said the NRA boss warned the president in a telephone call on Tuesday against backing tougher background checks. It was not clear who initiated the call.

There have been wide-ranging demands for tougher gun laws following the mass shootings in El Paso, Texas and Dayton, Ohio.

On Thursday more than 200 mayors urged the US Senate to approve legislation, already passed by the lower House, that would require background checks for all gun purchases and regulate secondary sales.

But LaPierre said regulations under discussion — none of which he identified specifically — would make millions of Americans "less safe and less able to defend themselves and their loved ones." Trump said this week he supported proposed legislation that would block gun sales to people with mental health issues.

Shortly after taking office, however, the president rolled back a regulation introduced by his predecessor Barack Obama that would have made it harder for people with mental illness to buy guns.