UK General Elections 2019: Who are the key contenders? 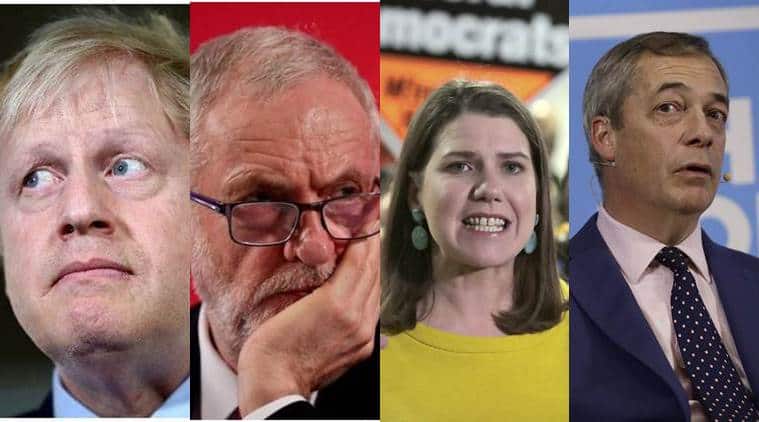 The United Kingdom will go to vote on December 12— the first winter election in over a decade—and the question of Brexit looms high on this election race. While most candidates will be determining if Britain will exit the European Union, it is Prime Minister Boris Johnson and his Conservative Party’s biggest promise to pass the Brexit deal and to negotiate a free-trade agreement with the EU by the end of 2020 if voted back to power.

The UK wasn’t supposed to poll until 2022, considering the country voted in 2017 last. However, the Conservatives had lost their majority in the previous elections. Unable to retain power through an arrangement with the Conservative Democratic Unionist Party (DUP) in Northern Ireland, the Brexit test shook majority.

Alexander Bois de Pfeffel Johnson, the 55-year-old former Mayor of London was one of the main pro-Brexit campaigners. He took over the premiership of the party in July with a promise to deliver Brexit by October.

While Boris Johnson was sworn-in in July, but he became the prime minister not by winning a general election, rather by winning the Conservative leadership contest— an election among the lawmakers and 1,60,000 dues-paying members of his own party.

Corbyn, the leader of the Labour Party since 2015, was also one of the important competitors in 2017 against Theresa May.

Corbyn is facing an ongoing anti-Semitism crisis which has rocked his party for some time now and escalated during the campaign season. He has been critical of foreign policies, especially of Israel’s treatment of Palestinians and has referred to members of terrorist groups as “friends”, earlier.

The Labour Party’s stance on Brexit, however, states that they would renegotiate the deal in three months. They are likely to hold a referendum in six months, asking the public whether they want to stay or leave the EU, which means prolonging Brexit into the next year.

The 39-year-old leader of the Liberal Democrats, Jo Swinson said that if her party wins a majority, it is likely to stop Brexit altogether and revoke Article 50.

While Swinson has not been viewed as a strong campaigner but her party rose in popularity by supporting a second Brexit referendum. However, they favour “Remain” as an option.

Swinson has said that if there is a Hung Parliament, she would back neither Johnson nor Corbyn and held on to her ultimate goal which is to stop Brexit.

Nigel Farage is the former leader of the UK Independence Party (UKIP) and is a strong supporter of the Brexit deal. He founded the Brexit Party in April this year and the motive of the party is leaving the EU without a deal and severing ties bluntly.

The Brexit Party found its ground in the European Parliamentary elections in May, when Theresa was still the prime minister. However, when Johnson became the PM since he had a strong Brexit-view, it became difficult for Farage to ensure convert from Conservative to his party.