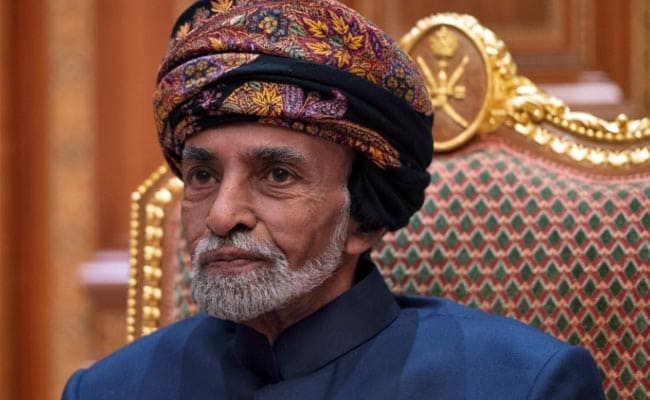 Prime Minister Narendra Modi today condoled the death of Sultan Qaboos bin Said al Said of Oman, describing him as a beacon of peace for the region.

Sultan Qaboos was a true friend of India and provided strong leadership for developing a vibrant strategic partnership between India and Oman. I will always cherish the warmth and affection I received from him. May his soul rest in peace.

"I am deeply saddened to learn about the passing away of His Majesty Sultan Qaboos bin Said al Said. He was a visionary leader and statesman who transformed Oman into a modern and prosperous nation," PM Modi wrote on Twitter.

PM Modi said the sultan was a beacon of peace for the region and the world.